Rail Safety Week highlights cause for caution at Sask. crossings

Rail Safety Week highlights cause for caution at Sask. crossings 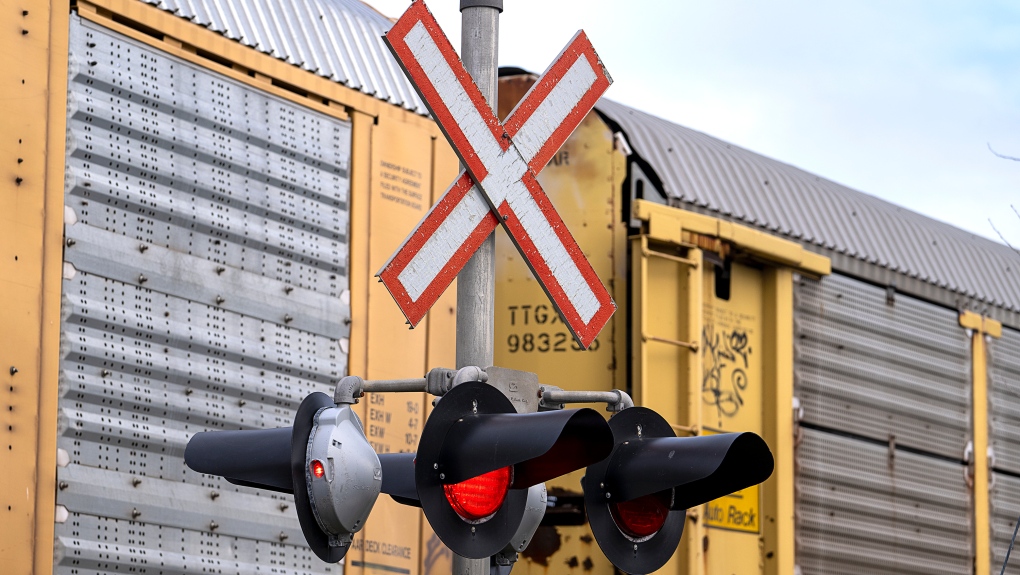 Rail Safety Week is underway across Canada, aimed at ensuring everyone is kept safe at railway crossings.

Constable Hank Neumiller, with CN Police, said one of the issues officers face regularly is trespassing, which has led to more patrols at railway crossings to enforce the Railway Safety Act.

He said if offenders are caught, it could lead to fines, court appearances — even death or injury.

“That’s our goal, to prevent incidents on our network,” Neumiller said during a press conference Tuesday in Yorkton.

The Constable continued with statistics in both Saskatchewan and in Canada and how incidents continue to plague the nation.

There were also three fatalities in Saskatchewan last year, as a result of disobeying signage or driving in front of a train, said Neumiller.

“(It) is incredibly sad. Anytime there's a railway incident, it's a huge risk to the community. To the motorist or pedestrian involved, as well as the train crew,” he said.

“The public needs to kind of try and remember that although trains are these massive steel beasts, there's two people inside that vehicle that are working.”

Neumiller added that workers can be affected by post-traumatic stress disorder (PTSD) when they are involved in these incidents.

“I've talked to railroaders with decades of experience and every incident sticks with them. (It) can be recalled to that incident, if the right trigger happens. It's very disturbing,” he said.

Yorkton Mayor Mitch Hippsley said the city has been proactive in rail safety, thanks to the work of CN Police.

“They educate us and they make us very aware. They come to city council meetings and remind us of what we have and what we should basically know — The rules and to follow them. Simply said, if we all did that, the fatalities would go down to zero,” said Hippsley.

If people end up in an emergency situation, or see anyone disobeying rail safety laws, all they need to do is find the nearest railway crossing, said Neumiller. There, they can contact the posted phone number, and report the incident or report the crime.

Neumiller adds that complexities with trains — and how they can seemingly hold up traffic and emergency vehicles — mean that just a simple incident could shut down a community such as Yorkton for quite some time.

“That puts the entire city at risk now, because now emergency responders can't get through. The fire department can't get to the person calling for police assistance. (They) can't get the ambulance, to the person having a heart attack. Can't get them to the hospital because they've got the person sitting on the train blocking their way. So we want to avoid those incidents as best we can,” he said.

In the aftermath of Hurricane Ian, a tight-knit coastal community in Fort Myers is coming to grips with devastation at their doorstep — and is working together to rebuild.