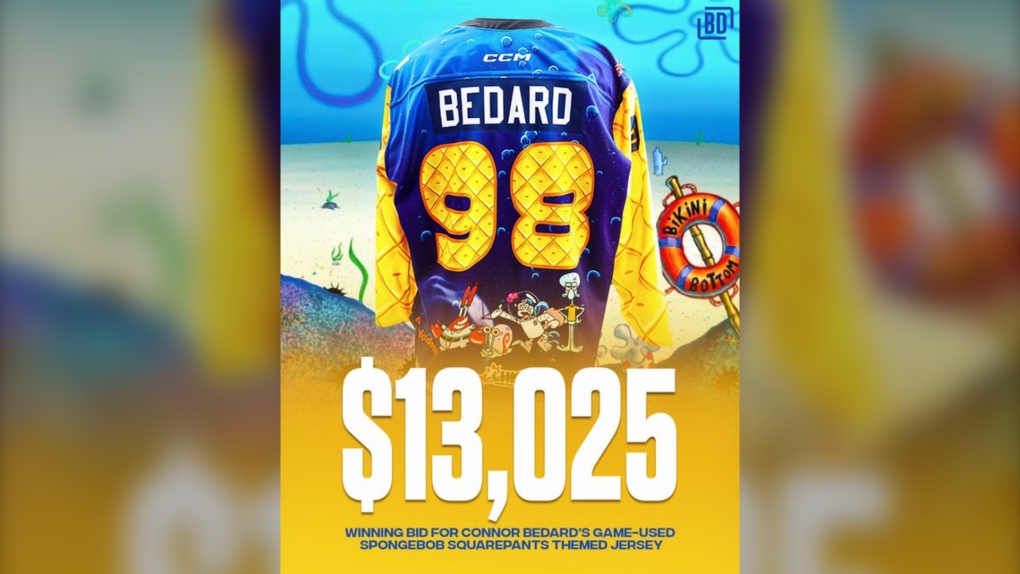 The Regina Pats managed to raise over $13,000 for charity in its auction of a certain cartoon themed jersey.

The fundraiser auction was part of the team’s “Nickelodeon Night for Children’s Miracle Network.”

Star centre Connor Bedard had his #98 jersey auctioned off as part of the fundraising efforts for the charitable event.

Connor Bedard's SpongeBob SquarePants themed jersey from the @WHLPats Nickelodeon Night was auctioned off for $13,025🤯

Proceeds from the auction will go to Children's Miracle Network, which strives to fund critical treatments and healthcare services, equipment and research. pic.twitter.com/tIMMfgnGCj

“This partnership between RE/MAX, Nickelodeon and the WHL will help raise important funds for Children’s Miracle Network all across Western Canada and importantly here in Saskatchewan for the Jim Pattison Children’s Hospital in Saskatoon,” Pats CEO Gord Pritchard said in a team news release.

The Pats seemed to draw inspiration from their Bikini Bottom themed attire to decisively beat the Swift Current Broncos five to two.

Bedard managed to score twice, racking up 39 goals in his last 33 games, according to the Pats.

F is for friends who do stuff together!

The Pats will look to extend their four game win streak when they host the Medicine Hat Tigers for their first meeting of the season on Sunday, Jan. 29 at 4 p.m. at the Brandt Centre.

According to newly released data, six provinces had increased wait times for walk-in clinics in 2022, with Canadians waiting an average of 37 minutes before seeing a physician.