Regina residents 'submerged in snow' dig out from blizzard

Even leaving the house was a tall task for many Regina residents on Wednesday morning after a blizzard blew through the region for the first time this season.

In the northwest part of the city, Deb Selinger's garage was buried under a blanket of snow blown around by strong wind.

"My husband had to snow blow to get himself out but he was going to be late so I said, ‘Leave mine and I’ll walk to work,’" Selinger said.

The peak of the storm blasted a layer of snow onto several homes, vehicles and trees in the area.

"I couldn’t see out any of my windows front or back so it was like we were submerged in snow," Selinger said. "It was really quite something.”

Submerged in snow is also how her neighbour Steve Paul was feeling as he dug out.

“I couldn’t even open the front door, had trouble getting the back door open, worked my way around to the front," Paul said.

On nearby Courtney Street the road had to be blocked off with two vehicles stuck in snow drifts.

"Watching people try and go down Courtney, it's just blocked off all the time, it's horrible," said Selinger. 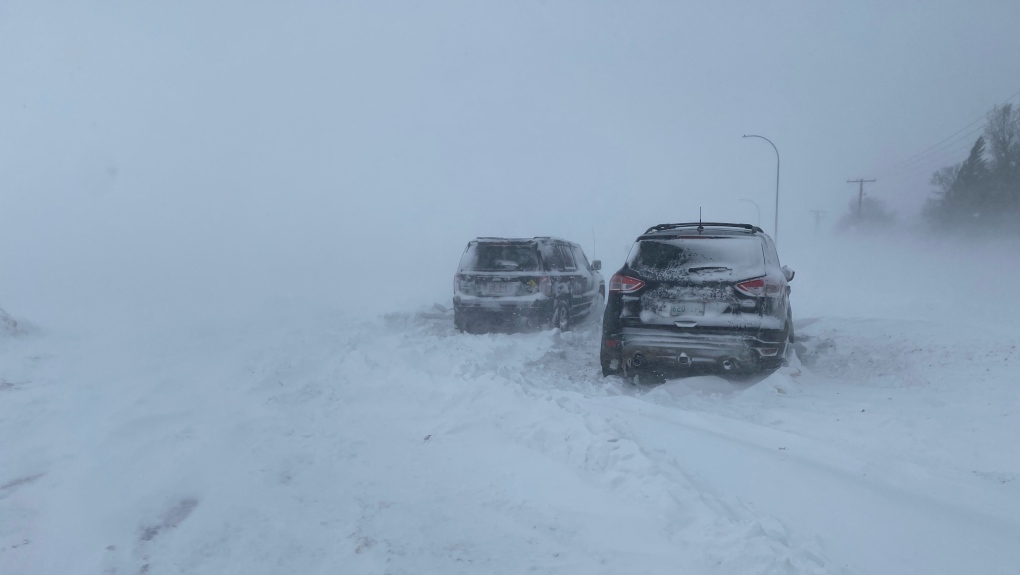 Wednesday was a busy day for tow trucks, as Regina police say there were 22 collisions with vehicle or property damage during the point the storm was at its strongest, none with injuries. Weather is considered a factor in many of them.

The city is calling in reinforcements to help with snow plowing and ice control efforts in the coming days.

"We know that with the wind we’ve got some significant drifts piling up on some of the side streets," said Mayor Sandra Masters. "I know that they’re out on the main thoroughfares but we’re trying to make sure we can get folks unstuck here in the city."

The city has declared a snow route effective Thursday at 6 a.m. that will ban parking on certain streets for 24 hours.