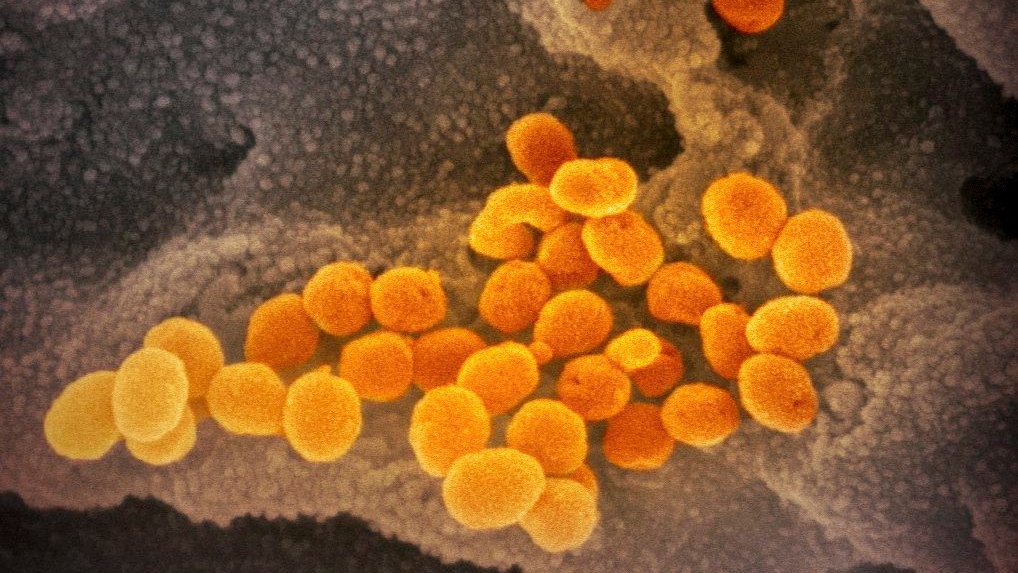 This undated electron microscope image made available by the U.S. National Institutes of Health in February 2020 shows the Novel Coronavirus SARS-CoV-2, orange, emerging from the surface of cells, gray, cultured in the lab. Also known as 2019-nCoV, the virus causes COVID-19. THE CANADIAN PRESS/AP-NIAID-RML via AP

In a release, the government said four of the new cases are in the north region, including two in Lloydminster and two in Prince Albert, one is in Saskatoon and one is in the Regina area.

There are also eight new presumptive positive cases in the La Loche area, however, these cases have not been reported by the Roy Romanow Provincial Laboratory and are not yet included in the total cases.

Of the 421 cases, 113 are active. Five more people have also recovered from the virus, for a provincial total of 302.

Health-care workers make up 42 of the total cases.

Currently, there are 12 people in hospital across the province, including two in intensive care.

Travel currently accounts for 138 of the total cases, while 170 are community contacts, 39 have no known exposures and 74 are under investigation.

To date, 30,845 COVID-19 tests have been performed in Saskatchewan.

The SHA announced that COVID-19 testing in the province would be expanded, in a release Saturday.