REGINA -- Saskatchewan is reporting 20 new cases of COVID-19 on Tuesday, bringing the province’s total to 487.

There are 171 active cases in Saskatchewan as of Tuesday. Three more people have recovered, for a total of 310 recoveries in the province. 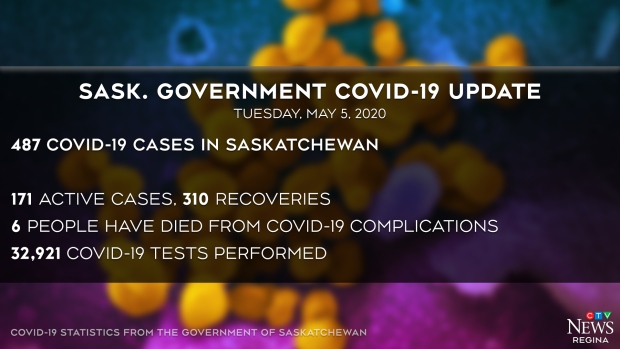 The far north continues to have the most active cases of any region. Of the 128 total cases reported in the region, 114 are considered active. The far north sits second in total cases behind Saskatoon at 162. However, only 16 cases are active in the Saskatoon area. 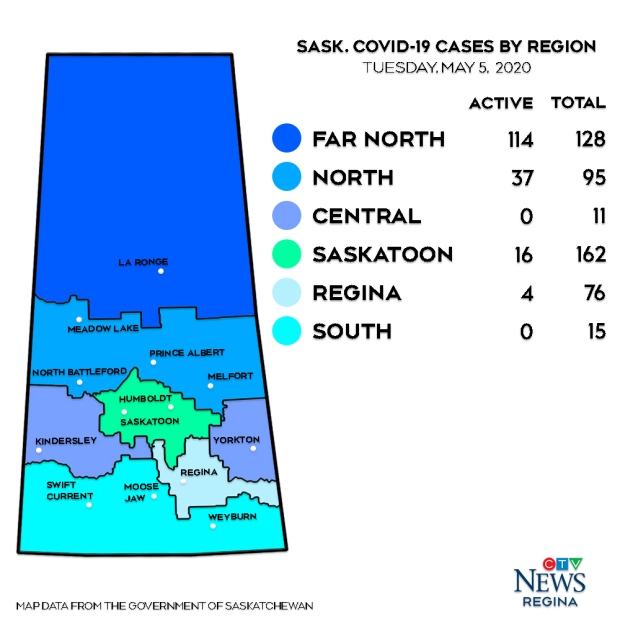 There are 138 cases linked to travel, 184 from community contacts, 41 with no known exposure and 124 currently under investigation.

The cases are 51 per cent females and 49 per cent males.

There have been six deaths related to COVID-19 in Saskatchewan.

To date, the province has performed 32,921 COVID-19 tests. Saskatchewan remains ahead of the national average with 25,689 tests per 1 million population.

Anyone experiencing COVID-19 symptoms should take the online self-assessment tool.