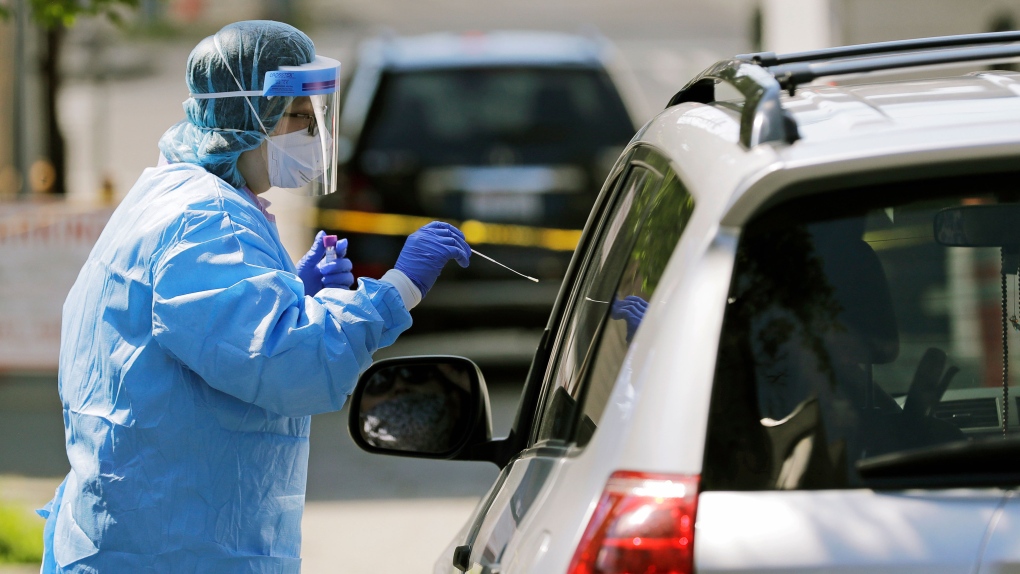 Tina Nguyen, a nurse at at the International Community Health Services clinic in Seattle's International District, takes a nose swab sample from a patient during drive-up testing for COVID-19, Friday, May 15, 2020. As testing supplies for coronavirus have become more abundant, the clinic has been able to offer testing to anyone in the community by appointment if they are experiencing symptoms. (AP Photo/Ted S. Warren)

It said people can expect fluctuations in daily case number because of weather-related and logistical delays in lab specimens reaching the provincial laboratory.

The province has since assigned one case to the far northwest, one to the north central and one to the Regina area that have stemmed from updates on Nov. 14 and Nov. 20.

There are 99 people in hospital, with 80 people receiving inpatient care and 19 in intensive care.

There are two people in intensive care in the north central zone, 10 in Saskatoon one in the central east, two in the south west and four in Regina.