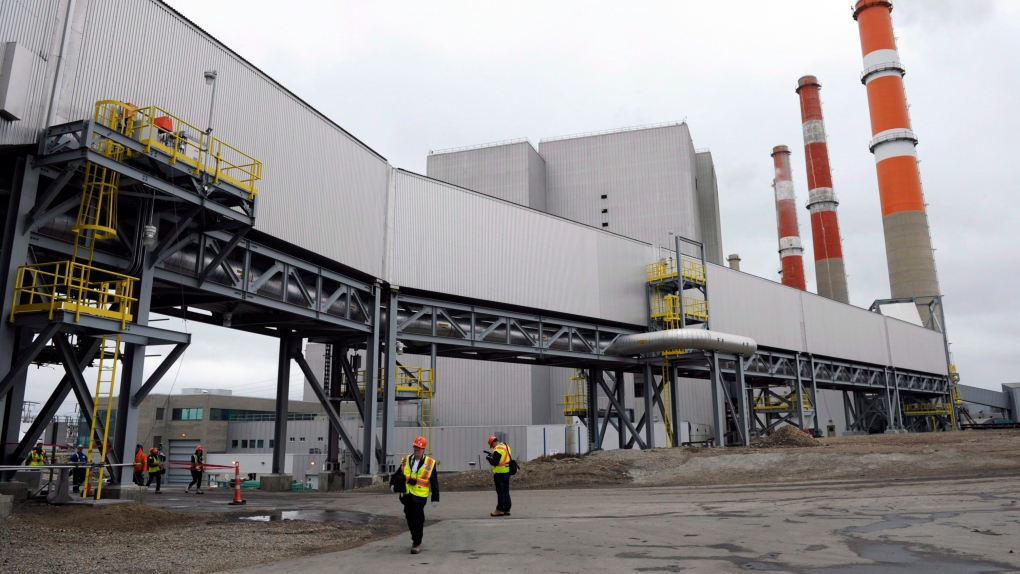 Part of a carbon capture and storage facility is pictured at the Boundary Dam Power Station (background) in Estevan, Sask. on Thursday, October 2, 2014. THE CANADIAN PRESS/Michael Bell

The mayor of Estevan says he's frustrated with a lack of announcements from the Saskatchewan government over the future of a technology that would allow coal-fired power plants to stay open.

Roy Ludwig says he wants carbon capture and storage capacity expanded to the Shand Power Station and to an additional unit at Boundary Dam where it already exists.

The one unit at the Boundary Dam that uses carbon capture is being allowed to stay active beyond 2030 -- the year Saskatchewan has agreed with Ottawa to shut down most of its coal-fired plants.

Last year, SaskPower cited the low cost of natural gas when it decided against expanding the technology to at least two other Boundary Dam units and to study the cost of doing so at Shand instead.

Ludwig says people living in his southeastern Saskatchewan city are nervous and he wants to see the province expand the technology to keep coal miners working.

"We support this provincial government and we expect them to support us," Ludwig said in an interview with The Canadian Press.

Ludwig has a background in the coal industry and expects the decision to shut down both units at Boundary Dam by 2024 instead of retrofitting them with carbon capture technology to put 100 coal mining jobs at risk.

"These are all people that have well-paying jobs and have families in our community."