SJHL champion to be crowned Friday night in Estevan 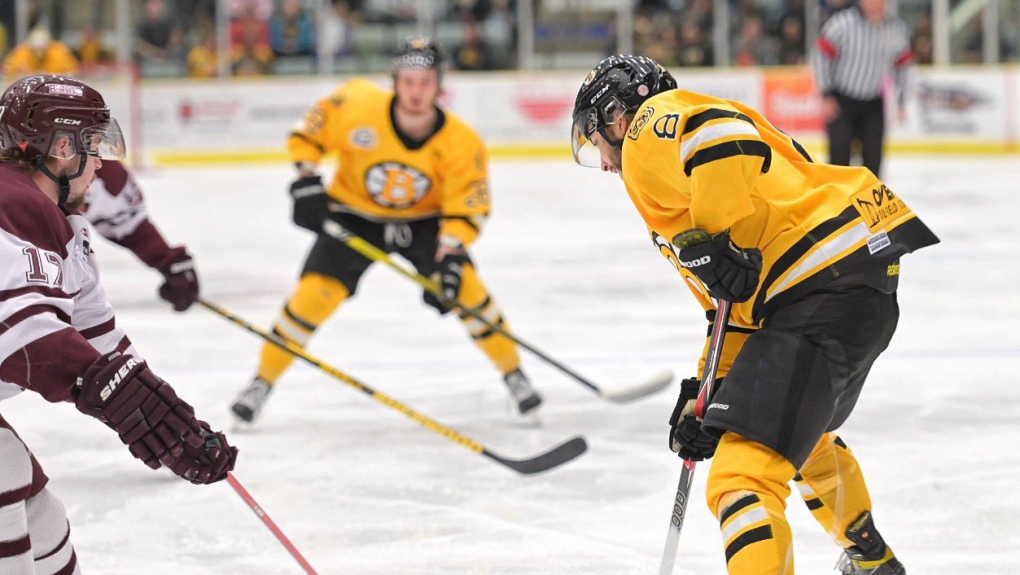 The Estevan Bruins and Flin Flon Bombers faced off in Game 7 of the SJHL final on May 6, 2022. (Billy Durr Photography/Estevan Bruins)

The Saskatchewan Junior Hockey League (SJHL) Championship trophy will be awarded in Estevan on Friday night, as the hometown Bruins take on the Flin Flon Bombers in Game 7 of the league final.

The Bombers won Game 6 at home on Tuesday night to tie the series 3-3, sending the teams back to southern Saskatchewan for one final game.

In a back and forth series, the Bruins surged to a 2-0 lead through the first two games, but the Bombers answered with two wins of their own.

Estevan won an OT thriller in Game 5 to take the lead, but Flin Flon once again bounced back, blowing out the Bruins 6-1 in Game 6.

The Bruins posted a notice on social media Thursday, alerting fans that air horns will not be allowed inside Affinity Place in Estevan for Game 7.

“For the enjoyment of all fans in attendance as well as fans watching at home, we will not be allowing compressed air devices [airhorns] into Affinity Place for Game 7 of the SJHL Finals,” the team said in a tweet.

“We encourage fans to bring their cowbells, clappers and loudest cheering voices.”

As of Thursday afternoon, only standing room tickets were available for Game 7, according to the Bruins.

Puck drop is scheduled for 7 p.m. in Estevan.

It's GAME DAY at Affinity Place! Puck drops at 7PM.
Doors OPEN at 5PM!
If you ordered your tickets online please confirm that your order has a QR code.