Slow and steady warm up coming to Regina 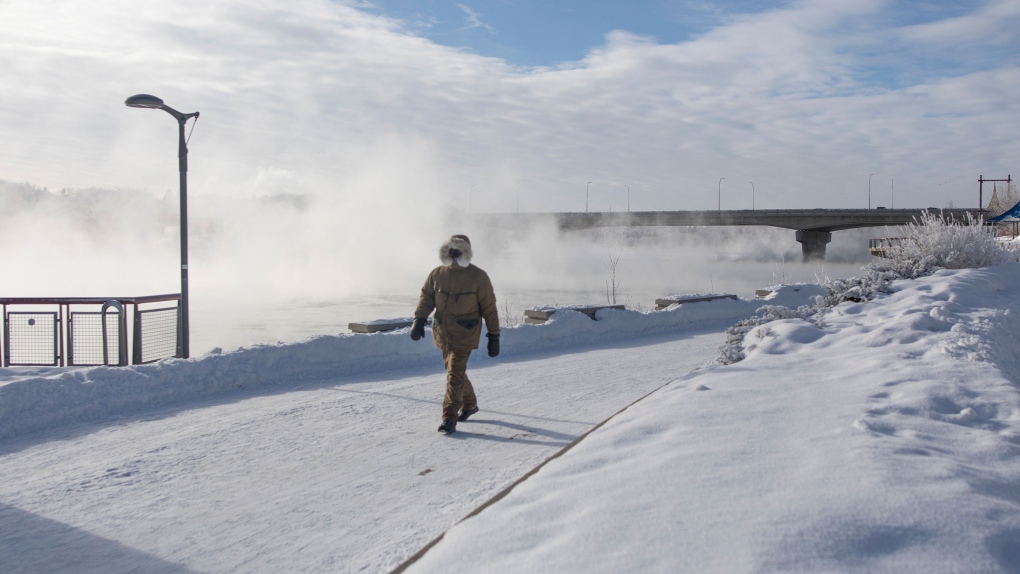 A pedestrian walks by River Landing on the South Saskatchewan River during an extreme cold warning in Saskatoon, Sask., on Monday, January 25, 2021. THE CANADIAN PRESS/Kayle Neis

REGINA -- For the first time in ten days, temperatures have thawed above the -20 degrees Celsius mark in Regina. And what’s even more exciting is the city is no longer under an extreme cold warning as of Monday morning.

After almost two weeks of temperatures stuck in a deep freeze, that can only mean one thing – it’s starting to warm up out there. But we are only at the start of a very slow and steady warm-up where it is still set to be more chilly than average for the next few days, especially overnight. Temperatures will drop back below that -20 mark every night until Friday.

Really though, it is going to feel balmy out there compared to the -40 wind chills.

The polar vortex was the major culprit of all the cold air that has been locked over the prairies for the first half of February. But over the weekend, it slowly started to retreat east and north, heading back to the Arctic.

Behind it, in the upper atmosphere, warmer air is pulling into the prairies, though some wobbling of the jet stream means that overnight temperatures Tuesday into Wednesday are a little cooler.

Heading into the end of the week temperatures soar back to seasonal (which is around -6 degrees Celsius) and through the weekend inch toward the freezing mark.

As the temperatures heat up conditions remain fairly clear out there with mostly sun in the sky. A few flurries look to be on tap on Tuesday, then it’s a mix of sun and clouds headed to the weekend where things get a little bit messier out there. Expect some snow on Saturday and then rain, yes rain, on Monday next week.

When rain is in the forecast, you can count on things being a little bit warmer than the extreme cold warnings we’ve been stuck under.