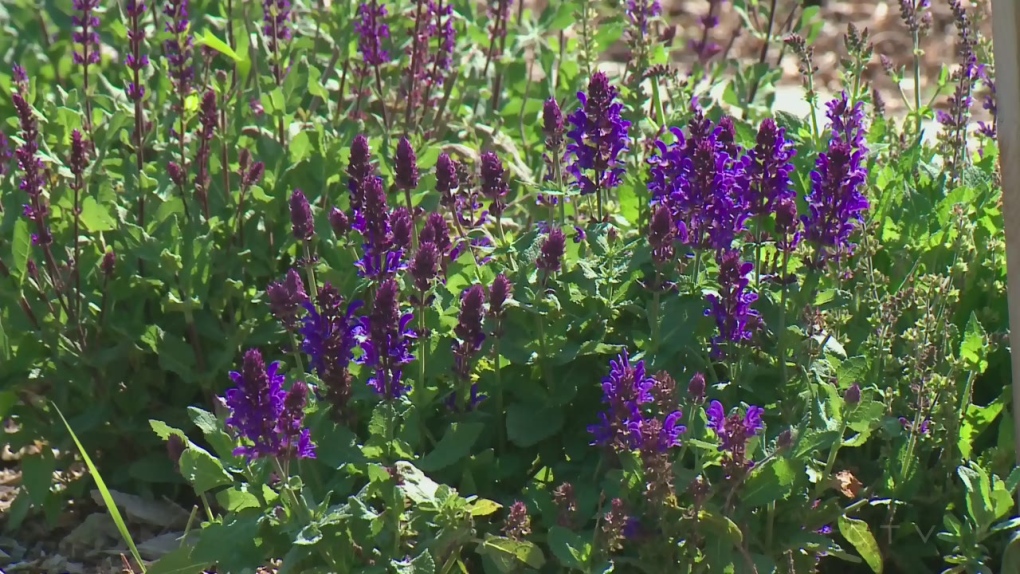 If you’re thinking about starting a garden this year, it’s not too late to get some things in the ground.

While most vegetables such as tomatoes, peppers, and cucumbers will be required to be pre-grown, you can still plant several leafy greens from the seed, according to Rachelle Hofmeister, manager of the tree, shrub, and perennial department at Dutch Growers.

“You would still have enough time to get them in the ground now and still have a harvest,” Hofmeister said, noting that these sorts of plants have a shorter maturity date.

These are also perfect for first time gardeners because they are fairly easy to grow, Hofmeister noted.

“They grow fast so it’s easy to have success with those sorts of things and then it helps you build your confidence to try other things,” she said.

Hofmeister said it is also the perfect time to plant perennial flowers, which grow back every season.

She said it is a good idea to mix flowers in with your vegetable garden because they attract pollinators.

Plants such as marigold or salvia (sage) have the added bonus of keeping bugs out of your garden.

“[This] helps to deter pests because they don’t like the aroma or the fragrance that’s given off by the flower,” she said.

If you have pets, Hofmeister noted that the vast majority of all perennial flowering plants are fine, but tomato plants can be toxic to dogs, as they are in the nightshade family.

If you already have a garden, she recommends using a floating row cover to protect your plants such as broccoli, cauliflower, and cabbages, from white moths.

“[It] is a really good non-toxic way to protect your plants by not having to spray any chemicals,” she said. “Also really good for keeping flea beetles off of your plants.”

She also recommends keeping up with the soil in your garden.

“It’s really important to work in things like compost, or worm casting or peat moss into the ground, on a regular basis every year or so to help to recharge that soil and help to add organic matter and drainage, it really helps a lot,” she said.

Hurricane Ian made landfall in southwest Florida near Cayo Costa on Wednesday as a massive Category 4 storm.

Robert Cormier, a Canadian actor whose credits include 'American Gods' and the long-running series 'Heartland' has died at age 33.

Truth or bluff? Why Putin's nuclear warnings have the West worried

President Vladimir Putin's latest warning that he is ready to use nuclear weapons to defend Russia amid the war in Ukraine has made a troubling question much more urgent: Is the former KGB spy bluffing?

The Canadian generic pharmaceuticals giant founded by murdered billionaire Barry Sherman in 1974 has agreed to a takeover.

Feds tell Canadian hockey players with KHL teams in Russia, Belarus to get out

Canadians continue to play hockey for Kontinental Hockey League teams in Russia and Belarus despite the Canadian government’s warning to get out of those countries.

An Ontario boy with terminal cancer wanted to see monsters. 1,000 strangers made it happen

A five-year-old Hamilton boy battling brain cancer had one request: he wanted to see monsters. Earlier this month, 1,000 strangers made his wish come true.

This ship tried to warn the Titanic about the iceberg. Now scientists have found its wreckage

The wreck of a ship that tried to warn the RMS Titanic of the iceberg that sank it on its maiden voyage has been found at the bottom of the Irish Sea.

A new global study now confirms the link between a temporary increase in the menstrual cycles of some individuals as a result of the COVID-19 vaccine.