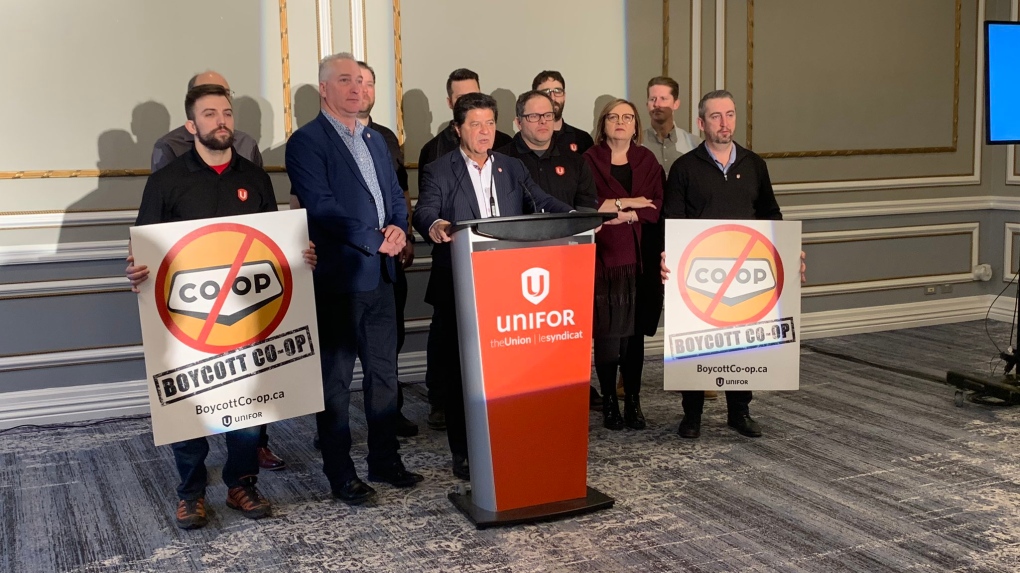 REGINA -- Unifor said it will “comply with the injunction concerning the Co-op Refinery picket line” if Federated Co-operatives Limited returns to the bargaining table.

“In a statement today, FCL said that it was willing to bargain if the union abides by the injunction. If Co-op agrees to meet with us at the table at 10 a.m. on January 30 then we will abide by the order at that time. We want a deal,” said Jerry Dias, Unifor National President.

FCL says it is still opposed to returning to the bargaining table as long as vehicles are being blocked from entering and exiting the refinery.