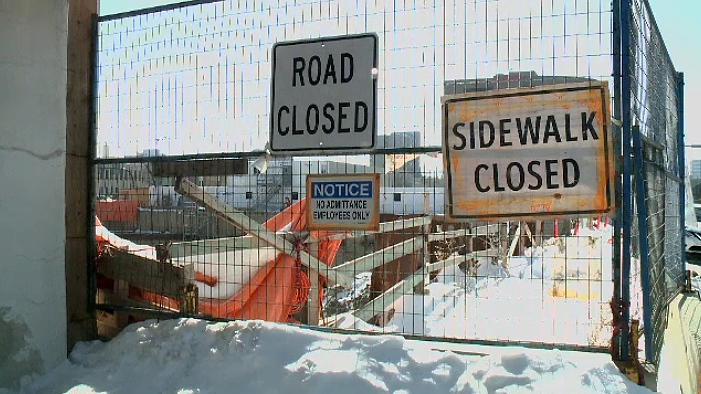 The Saskatchewan Building and Accessibility Standards Appeal Board reheard limited parts of an appeal by the city of Regina on Friday.

While city representatives showed up to the meeting, no one from Westgate was in attendance. Westgate requested an adjournment, but the board decided to go ahead without them.

The city argued that the only realistic option is to fill the hole since the developers still have not obtained any construction permits for the project.

In November, a Court of Queen’s Bench decision said the site was safe and there were no issues with options presented by the board at a hearing in July.

In a decision issued after the hearing, the board gave Westgate Properties Ltd., the developer behind the project, three options — fills the hole, build the luxury condo tower or construct permanent shoring to protect the site from future safety issues.

The board will now take the new evidence from the city and issue a decision in the next 30 days.