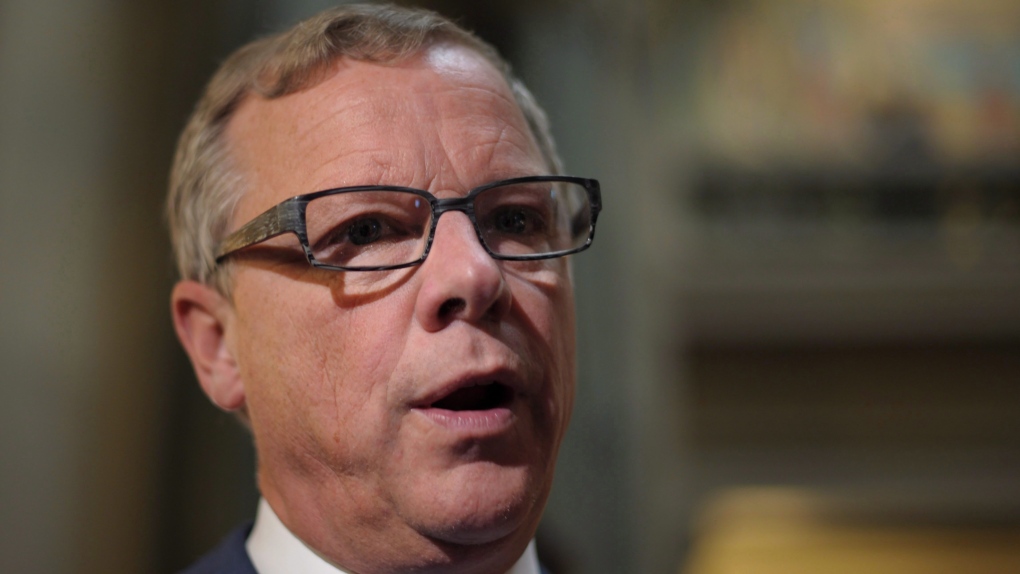 In this file photo, Premier Brad Wall speaks with members of the media at the Legislative Building in Regina Wednesday, March 22, 2017. (Mark Taylor / THE CANADIAN PRESS)

Saskatchewan Premier Brad Wall calls the federal government's plan to introduce a carbon tax a ransom note and he's renewing his threat to take his argument to court.

Ottawa said it will introduce a $10-a-tonne carbon price on any jurisdiction that hasn't done so as early as next spring, but Wall has steadfastly opposed that move.

"This federal government white paper is frankly more like a ransom note," he said Thursday.

"It is the federal government saying here is what you are going to do from a public policy perspective or this is what will be force on the economy and the taxpayers in Saskatchewan and we're going to fight it in court."

He said Saskatchewan's economy will be hit harder by the carbon levy.

He said his province has invested large amounts of money on carbon capture and storage, but isn't getting credit for that in the federal plan.

Environment Minister Catherine McKenna says every penny raised by the federal carbon price system will be returned to the province it came from, with the current plan to give direct rebates to individuals and businesses.

Provinces which enact their own carbon price plan can choose on their own how to spend the revenue.

Officials from McKenna's department said a carbon price is not a tax in the official sense of the word because it is not intended to raise revenue for the federal government, rather it is an environmental manoeuvre intended to change behaviour.

She said Ottawa has authority to impose a carbon tax on the provinces because protecting the environment is a federal jurisdiction.