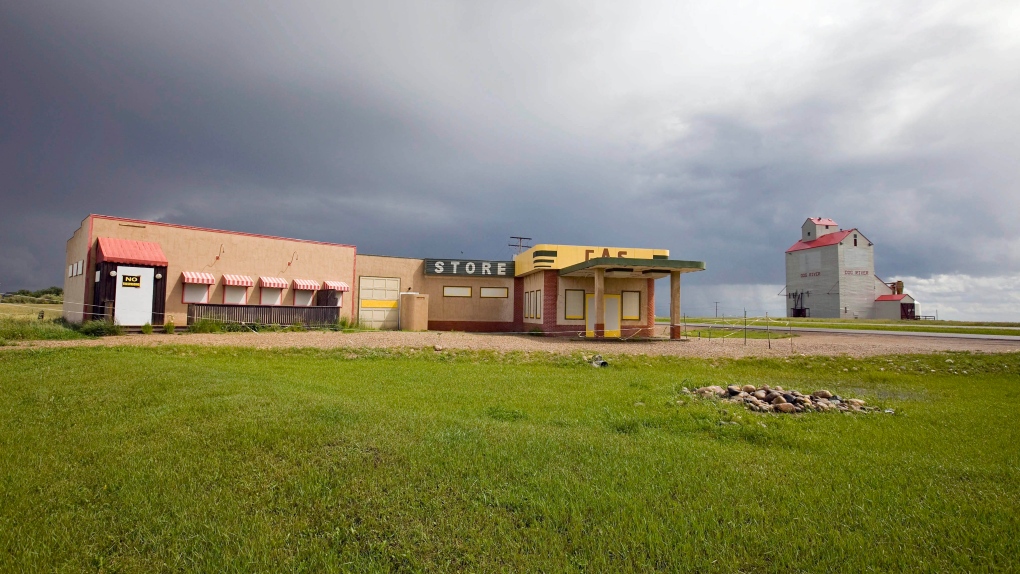 The exterior of the former "Corner Gas" set is shown here on Thursday, July 9, 2009, in Rouleau, Saskatchewan. The gas station on "Corner Gas" and "The Ruby Cafe" were taken down in November 2016. THE CANADIAN PRESS/Troy Fleece

ROULEAU, Sask. -- The theme song to the TV show "Corner Gas" featured the lyrics "you think there's not a lot goin' on. Look closer, baby, you're so wrong," and that's the case in the small Saskatchewan town where the series was filmed.

Along a dusty gravel road about 50 kilometres southwest of Regina is Rouleau, also known as the fictional town of "Dog River" in "Corner Gas."

On one sunny morning this summer, visitors came to the town from Ontario, Manitoba, British Columbia and the United States.

"We have the whole TV series at home, so we've been watching all the DVDs and my daughter really likes the whole series. So we thought we'd just stop and show her where 'Corner Gas' was all filmed at," said Blaine MacDonald from Minnesota.

"It's a lot of fun to come around and see all the buildings and all the history of what Brent Butt did with the TV show."

It happened to be the same day the town of Rouleau and the creators of "Corner Gas" launched a one-hour self-guided walking tour of "Dog River."

There are bronze plaques with QR codes at each site that can be scanned on a smartphone to tell a story about the show, link to video clips and give a sneak peek of what the town will look like in the animated "Corner Gas" series set to debut next year.

"It's great," said Don Neste from Mission, B.C., who was one of the first to try the new QR codes.

"I think people that know about Dog River or the show will definitely stop in and check it out."

Visitors can also go inside many of the buildings because they're real businesses in town.

Grab a burger at the Dog River Hotel or go to the post office and get a free postcard with the cancellation stamp from "Dog River."

Cora Burkitt, the postmaster in Rouleau, said most times people want to mail the postcard.

"I had a family in here just last week from South Carolina who specifically came here for (the postcard) and mailed it back to themselves," said Burkitt.

The gas station on "Corner Gas" and "The Ruby Cafe" were both sets created for the show and were not intended to be permanent structures. They were taken down last November.a

Rouleau Mayor Grant Clarke says there is hope money can be raised to build the gas station again for people to visit.

But Clarke said all the stops on the walking tour are great and "fans and folks are gonna like it."

On that sunny morning when temperatures hovered near 30 C, Clarke said he knows his favourite stop.

"I like the bar actually. I'm from Saskatchewan," he laughed.