Drew Tate retires after signing for one game with Roughriders 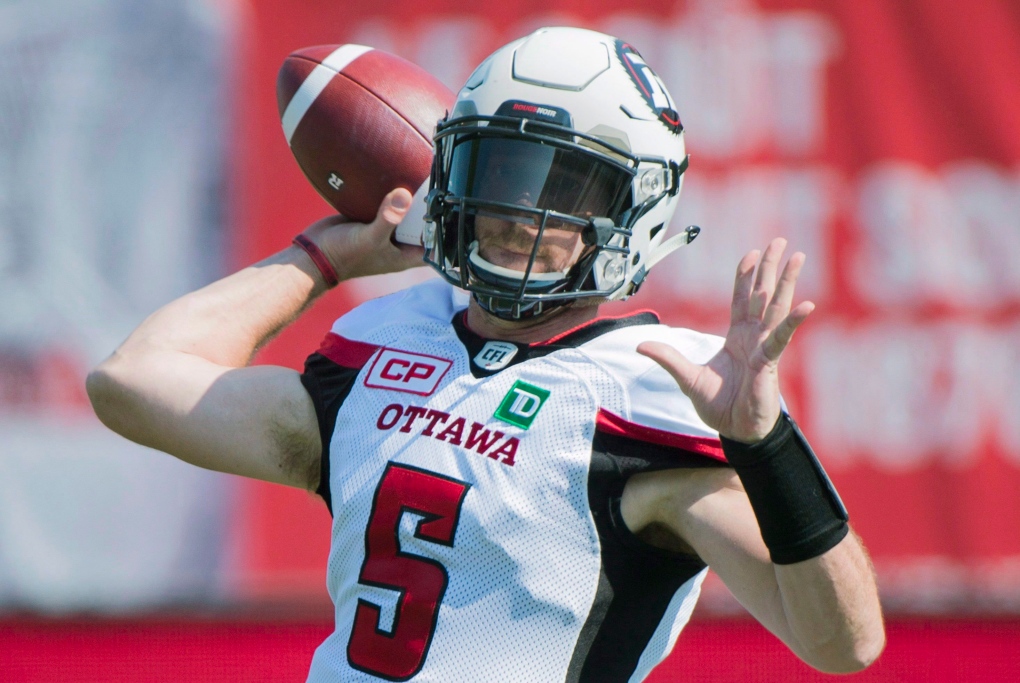 Drew Tate has announced his retirement from the Canadian Football League after signing with the Saskatchewan Roughriders for one game at the end of last season.

The quarterback was persuaded out of retirement to join the team before the West semi-final game.

Quarterback Zach Collaros was injured in the Riders last game of the regular season after taking a hit to the head from B.C. Lions Odell Willis.

Tate retired from the CFL last June after spending nine seasons in the CFL, playing for the Calgary Stampeders, Ottawa Redblacks and Saskatchewan Roughriders.