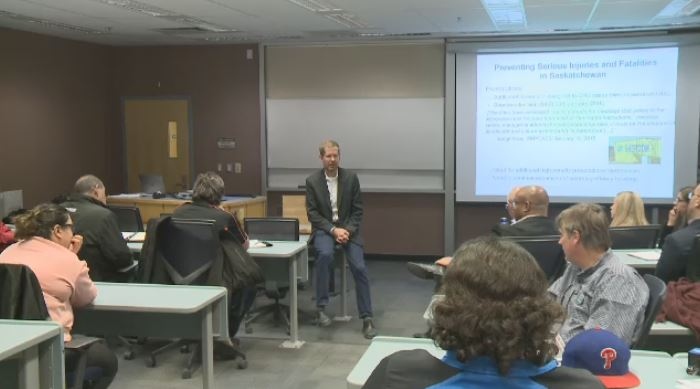 The province of Saskatchewan has seen a rise in fatalities in the workplace since last year. From January 1 to August 31, 2018, 37 people have died from workplace injuries in the province, which is 10 more than the 2017 total of 27.

Experts say a number of factors are contributing to the increase, and more needs to be done in order to make working environments better.

"One of the things I’d recommend, if they're not already working with their industry safety association would be to get in touch with them and have them come in and do an audit in their workplace. And look where you've got gaps in training, and work on that,” Associate Professor in the faculty of business administration at the University of Regina Sean Tucker said.

Tucker says there needs to be more education for employers and their staff. Along with stronger enforcement for those that break the rules, and more support for prosecutors.

"Why wouldn't we do that? We've got a crisis situation with serious injury and fatality now. I think it's time we had a close look at this and spoke to stakeholders and tried to bring this amendment forward," Tucker said.

The leading causes of workplace deaths in 2018 are occupational disease and motor vehicle related incidents. Experts suggest there needs to be a systematic change in the province.

In a news release, the Saskatchewan workers compensation board says "Worksafe is introducing a number of awareness campaigns and resources, including psychological health and safety, violence in the workplace, asbestos exposure and residential construction worker safety."

Tucker believes both employers and employees need to be given more information about the rights they have. But he would not comment on whether Saskatchewan needs to introduce farm worker safety legislation.