The City of Regina Planning Commission reviewed the potential costs and outcomes from city administration. That report details plans to re-direct rail traffic around the northern tip of the city, away from residential areas and relieving traffic on major routes. 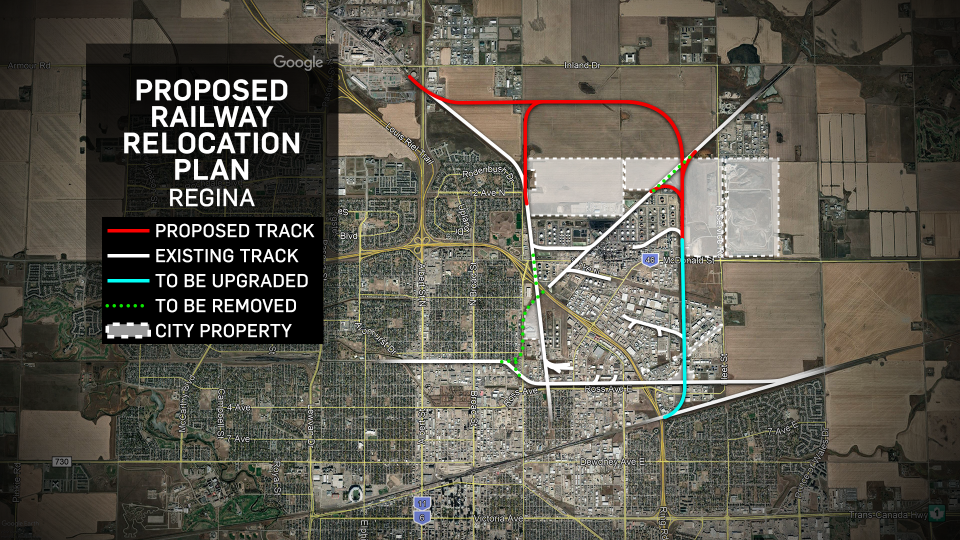 The administrative report says $2 million has been set aside for the preliminary design work, which was approved in the 2020 and 2021 budgets - and pre-approved for the 2022 General Capital Budget.

The report adds that if the project costs less, the remaining funds could go into subsequent phases of the project or be put back into reserves.

A 2018 feasibility study states the entire cost of the project, including pre-construction, permits and engineering would be in the price range of $107 million

Both CN and CP rail have been in discussions with the city and are currently interested in the plans.