Here's what you need to know about radon in your home

REGINA -- A national study has found around half the homes in Regina, and around one-third of the homes in Saskatchewan, exceed Health Canada's maximum acceptable level of radon.

Those in the industry say although these levels are concerning, one positive is the growing awareness.

Frank Kirkpatrick is the owner of Master Radon in Regina, and has been in the business for 10 years. 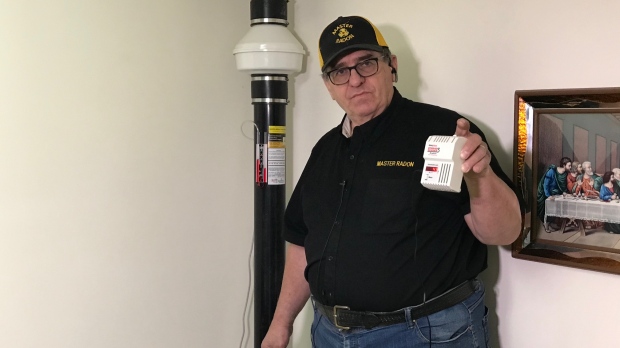 According to the Canadian Cancer Society, radon is a known carcinogen and is the second most frequent cause of lung cancer after tobacco smoke.

Evict Radon is a non-profit group of researchers whose latest research was published in the Nature Publishing Group's multidisciplinary journal Scientific Reports. The study is made up of cancer researchers, geologists and architects to learn more about how radon gets into homes.

Their findings show Saskatchewan as a problem area, and are now trying to educate the public about the issue, and are encouraging the public to take part in their research.

The lead researcher of Evict Radon said high radon exposure is a consequence of the way houses are being built, but they don't know more specific details yet.

"The exact reasons why here is a problem, especially here in Regina, we don't know yet," said Aaron Goodarzi, lead researcher on Evict Radon. "We need the citizens of Regina and the surrounding area and all of Saskatchewan to sign up with the study so we can understand this."

Radon kits in your home

Kits can be purchased to test your home for radon.

"If they want to do it through the study, they can obtain one of the non-profit kits," Goodarzi said. "Inside the kit is a little hockey puck-like device, and you just put that in the lowest level of your house where somebody is breathing air."

The testing kits are about $52. Evict Radon suggests leaving it in your house for 90 days, then sending the results back for further research.

The goal is to get to the bottom of why this is a problem in Saskatchewan, and to then solve it.

"What we don't want is you, or more importantly your children from childhood radon exposure - which is even more serious than adult exposure - to be walking into a cancer clinic 20 years later," Goodarzi said.

Health Canada's maximum acceptable reference level in a home is 200 Bq/m3, and the homes that exceed that level, are where Master Radon get to work. 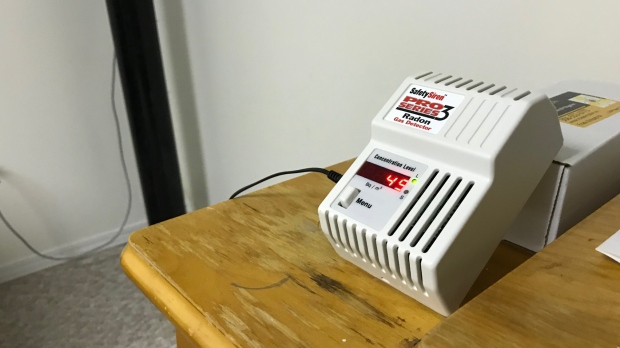 "So they get the test results back, and if it's over 200, they call on us to come take a look at the house," Kirkpatrick said. "We'll determine how we're going to fix that house, and what it's going to cost."

He said the average radon system costs $3000, but that varies.

If a house just needs basement cracks filled in, it could be closer to the $500 price point.

But if additional areas, like crawl spaces, need work, it could be more expensive.

Kirkpatrick said to get a home to the lowest radon level as possible, a fan system is required.

"A fan system will create this vacuum below the house, and give the radon an easier path to travel to the atmosphere so it doesn't have any reason to come in your house," he said.