REGINA -- Hundreds of Black Lives Matter supporters marched from the Royal Saskatchewan Museum to the legislative building in Regina on Friday.

This is the second rally for this cause to take place in the Queen City this week.

Participants were heard shouting “I can’t breathe” and “racism has got to end”.

Once the march arrived at the legislative building, individuals shared their stories of racism and injustice.

The organizers wanted to make sure their message was heard loud and clear on Friday.

“No more silence, stop being a bystander,” rally organizer Muna Deciman said. “We all need each other and our kids belong here.”

Evan Bray, the Chief of the Regina Police Service, attended the rally.

“Our positions whether we’re in the police service, whether we’re members of the community, whether we are people who are demanding change, it doesn’t matter, we can come together as a family and a community,” Bray said.

Protestors were asked to take an eight minute moment of silence to represent the eight minutes and 46 seconds a former police officer spent kneeling on George Floyd’s neck.

“What we can do today is work on the systemic racism,” Megbeni Keita, a participant at the rally, said. “In the judicial system, in the schools, in the workplace, that needs to be taken care of and that’s within our control. But working on individual racism, its hard to go into your heart and know that you’re racist, but when people know that they can’t act upon it, then that’s a good start.” 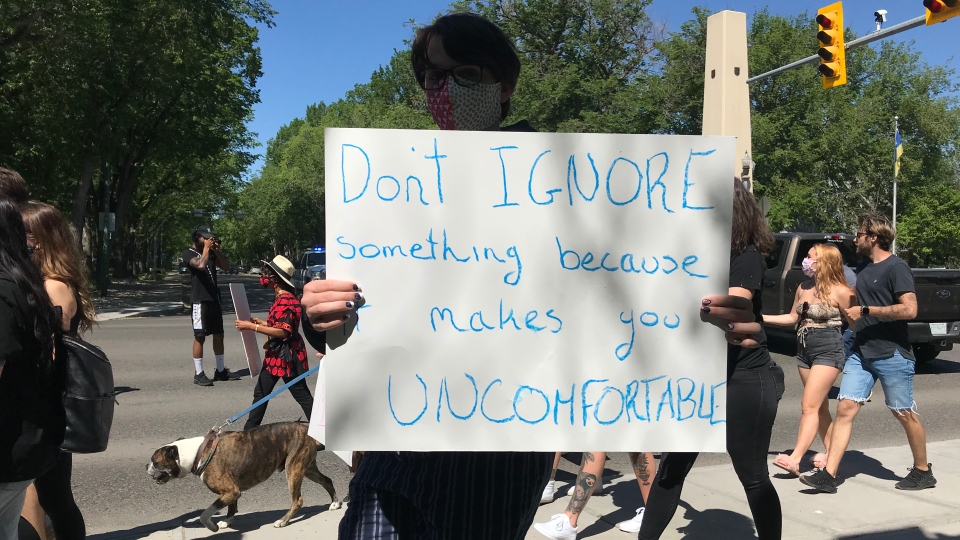 In a similar show of solidarity, hundreds gathered at the Saskatchewan Legislature on Tuesday to support the movement, and in response to the killing of George Floyd by a police officer in Minneapolis.

People are now sharing their stories of how they have been negatively treated because of the colour of their skin. One woman is saying “please fight for us.” #sask #yqr pic.twitter.com/nQNkm9pgbj 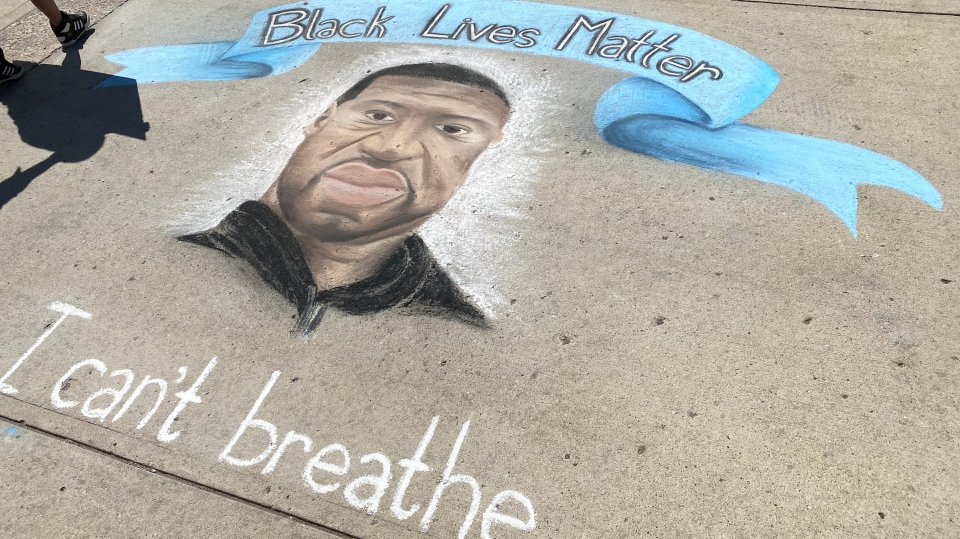 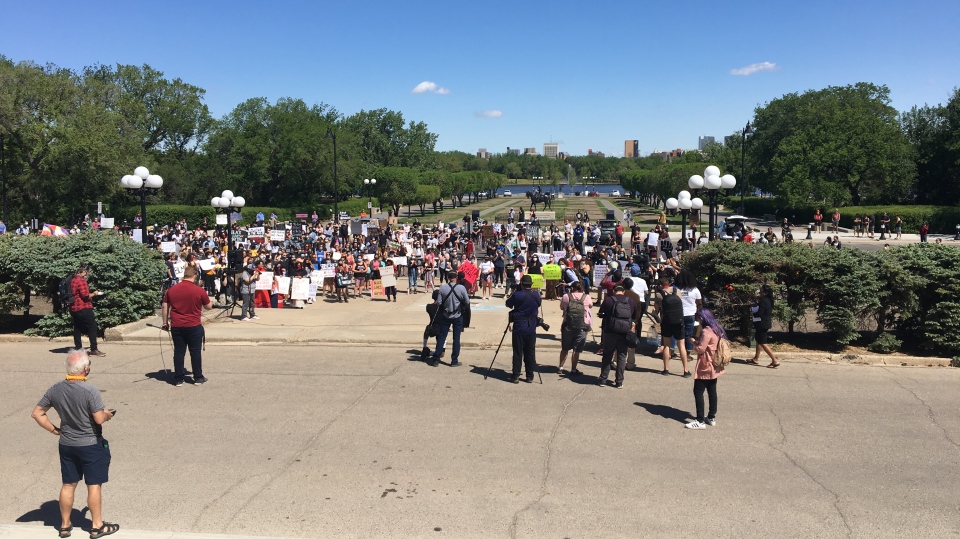 The Government of Saskatchewan has warned people about the risk of COVID-19 at large gatherings or rallies.