REGINA -- As the province’s ICU capacity continues to be pressed, the NDP is sounding off over inconsistent messaging following a physicians’ presentation on the current reality in Saskatchewan.

Opposition anger rose during Question Period Friday over the premier’s handling of the COVID-19 pandemic and the government’s messaging.

“His choices have killed people. Will he insist on making the same choices or will he act now and save Saskatchewan lives?” said NDP leader Ryan Meili.

The presentation outlined a grim prognosis for COVID-19 in the province. One slide said deaths and hospitalizations will increase in the next two to four weeks. Another featured a map of the province that showed an increased risk of uncontrolled COVID-19 transmission. 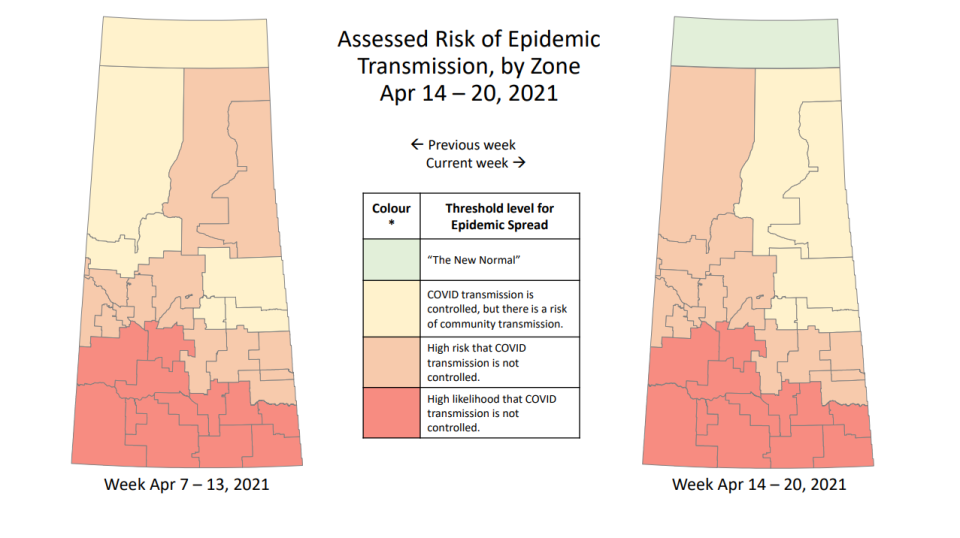 Doctors said the province’s ICU capacity is slowly pushing towards the red zone, which would see 116 to 150 patients in the ICU and force significant service slowdowns. As of Thursday, there were 94 COVID and non-COVID patients in ICUs across the province. 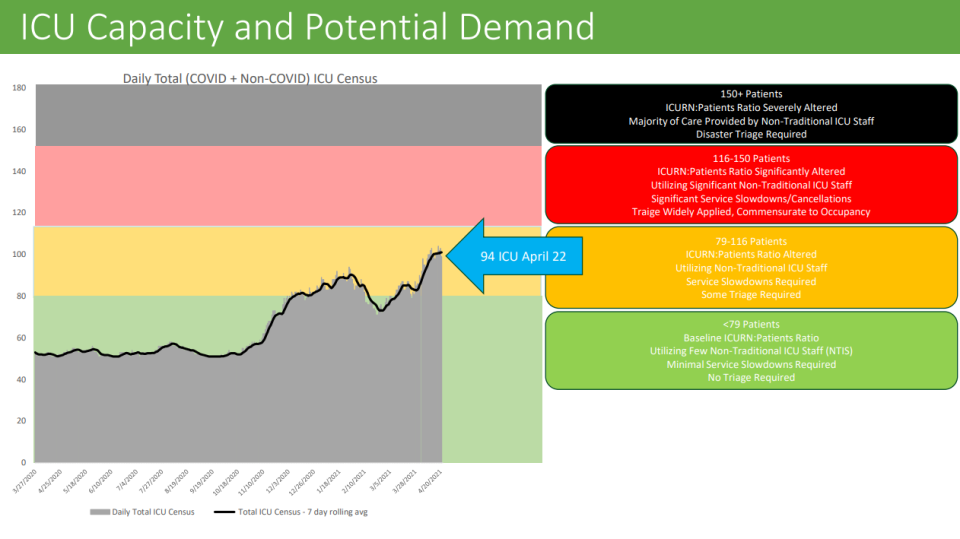 He added that Regina’s ICU is “severely strained and burdened.” The city – which normally has an ICU capacity of 39 – currently has 35 COVID-19 patients in the ICU, the highest number seen since the start of the pandemic.

Doctors receive their weekly briefing from the SHA every Thursday night, following the update provided by the province. The slides from the doctors’ briefing are usually made public Friday, however, sometimes the information isn’t publicly posted until after the weekend.

Minister of Health Paul Merriman said the process is “very good as far as keeping everybody extremely informed of what’s happening across the province.”

The government insists there is no disconnect between its public messaging and concerns expressed by doctors.

“I think we’re absolutely listening to what the doctors [say], they’re informing my officials and I’m meeting with them on a regular basis to be able to find out what it is that we can do to continually adapt our services to meet the needs, as we have been doing,” said Merriman.

The government maintained its message that vaccines are the light at the end of the tunnel as doctors continue to sound the alarm about what’s happening now.