'I took matters into my own hands': Man takes down, burns Nazi and Confederate flags hung in Kelliher 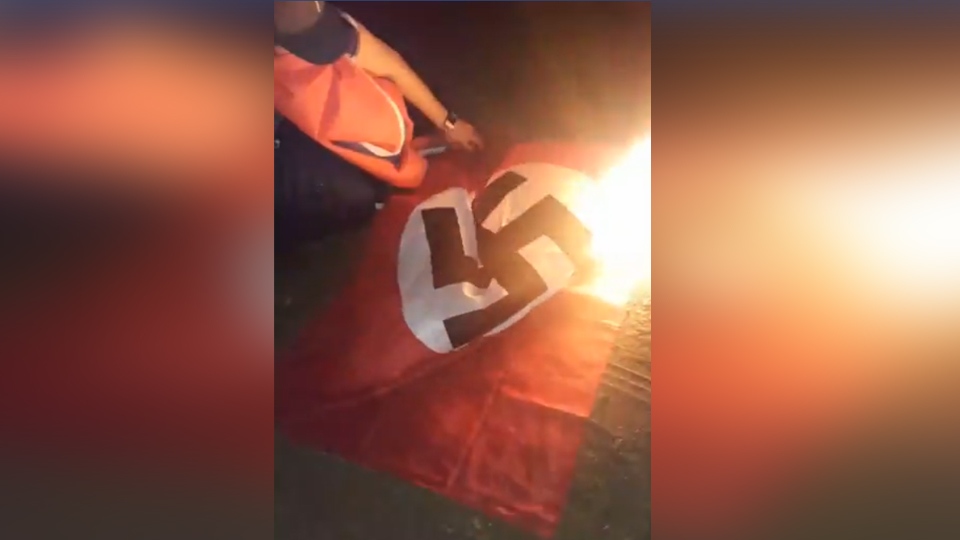 A Nazi flag that was hung at a residence in Kelliher, is shown being burned in a Facebook video from Caleb Pelletier on Friday, May 10, 2019.

After Nazi and Confederate flags hung at a residence in Kelliher sparked outrage in the community, a man took it upon himself to take them down and burn them on Friday evening.

Caleb Pelletier confirmed to CTV News that he took the flags down from where they were hung at the home around 9:30 p.m. He also posted a video to Facebook showing the flags being burned.

“I made the decision when the authorities weren’t going to make it,” said Pelletier. “I believe it affected so many of our people so I took matters into my own hands and now they are taken down and burned.”

Pelletier, from the George Gordon First Nation, said he wanted to take the flags down because the flags are offensive to Indigenous people.

There is no word on if Pelletier is facing charges, and RCMP has not yet responded to CTV News’ request for comment.