REGINA -- For 60 years, Dick Bailey had wondered what happened to his father’s cherished book.

That all changed this summer, when a total stranger returned it to him — all the way from a small town in Switzerland.

"My dad was a proud owner of it, until I gave it away," Bailey said on Tuesday.

The book is titled, The First Special Service Force: A War History of the North Americans, 1942-1944. It was written by Robert D. Burhans and published in 1947.

Bailey's father, Maj. William Richard Bailey, was one of the members of the military unit.

"He didn't talk about it much, but he did say among other things that there was horror and tragedy, but it was still some of the best years of his life," Bailey said. "I think what he meant was, between the battles, the men were very tight."

When Bailey was 18 years old, he loaned the book to a colleague and it was soon forgotten.

Years later, he said, his father asked him about the book.

"My dad said, 'Have you seen that Burns book around; I've been looking for it,' and it just flashed. I just got a sudden feeling, like a lightning bolt. So I told him what I did, and he was quite crushed by it, and I was a bit ashamed."

Bailey’s father then passed away at age 67.

However, he kept looking for the book.

"Eventually I learned that this book was in re-print, and so I got it,” he said. “I bought one, but he was gone, so I just bought it for me.”

It wasn’t until July 2020 that Bailey was notified that someone else had the original copy.

A man, who lived in Switzerland, told one of his relatives that the book had the name Maj. William Richard Bailey of Regina signed on the front cover.

The man was looking to return the book to the family, Bailey said. 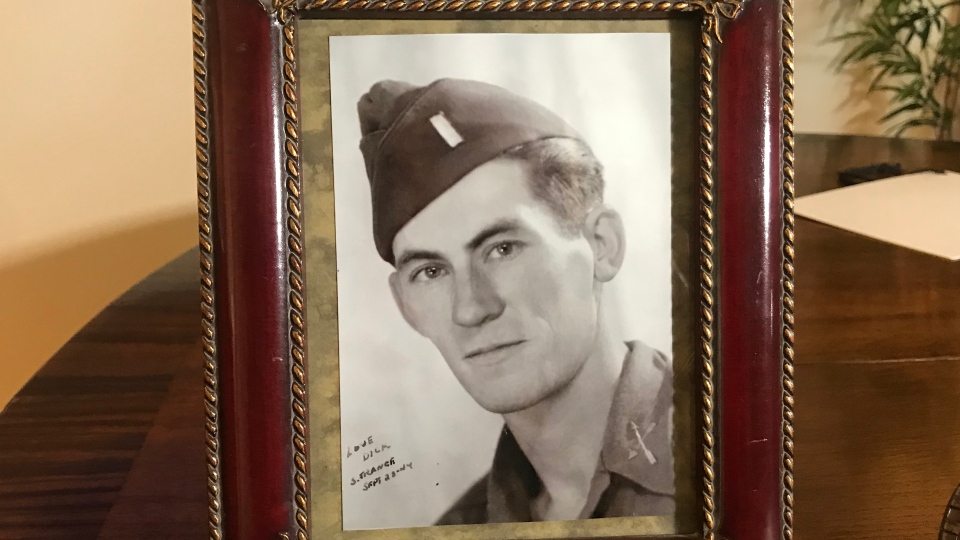 Doug Dean is the man in Switzerland who found the book.

How the book wound up in Switzerland is a mystery, but Dean bought the book at a store in a small community.

He said he has always been interested in military history.

"The person that it belonged to obviously went to a great deal of effort to put their signature in it," Dean said. "He was personally mentioned a couple of times in the book and I just thought it was a little bit unusual that someone would let something like that escape their possession."

The book was sent to Canada through the mail, costing about $70.

"It felt good to find something that was obviously special to this man and to his family," Dean said.

Bailey offered to re-pay Dean for the shipping costs, but Dean didn’t want the money.

Instead, he asked Bailey to complete two acts of kindness for two strangers.

"We should do more of that," Dean said.

Bailey said he will complete his acts of kindness soon.

Dean and Bailey now have a tale to tell about how they became friends.

"I, of course, got all sorts of commentary back about how wonderful it all was, and one of them said, 'Maybe your dad was at work here doing something about that,'" Bailey said. "I don't know, but maybe he found the book."