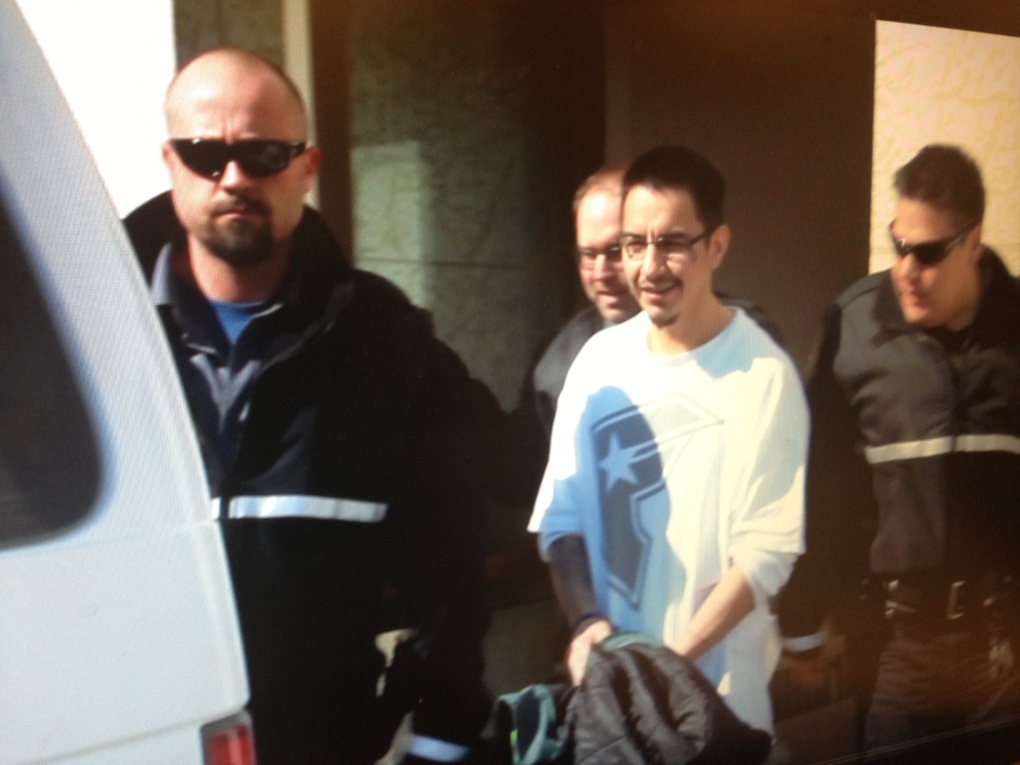 Marcel Pelletier is seen leaving Court of Queen's Bench in Regina on Friday.

A judge has declared a Regina man convicted in a violent robbery spree in the city a long-term offender.

On Friday, Queen’s Bench Justice Guy Chicoine sentenced Marcel Pelletier to 10 years in a federal penitentiary, after accepting a joint submission by the Crown and defence.

With credit for time already spent in custody, Pelletier has 6 ½ years left to serve. When he’s released, he will be under a long-term supervision order in the community for 10 years.

Chicoine said there was “no question that Mr. Pelletier is a high risk to reoffend. However, the judge added that he believes that risk can eventually be reduced to the point where Pelletier could be safely managed in the community.

During a hearing this week, a forensic psychiatrist said Pelletier, who is a member of the Native Syndicate gang, would be a lower risk to reoffend if he leaves that lifestyle.

But in prison, the only way out of a gang is to take a beating from other gang members or be placed in segregation, the court heard.

Pelletier, 30, and Joseph Manitopyes, 28, were convicted of several offences in connection with a string of robberies on Sept. 30, 2010.

In a couple of the incidents, a pair of men approached two women in separate grocery store parking lots, and one of the women was struck in the head with a metal object.

She suffered serious injuries that required stitches, and the court was told she will likely bear the emotional scars for the rest of her life.

The two men also robbed a restaurant, along with one of the customers inside.

Pelletier has an extensive criminal history that includes 21 convictions, and he has spent much of his life behind bars.

His mother was killed in a vehicle crash when he was just an infant. That, along with the fact that he had no stable family, was what led to his involvement in gangs, the court heard.

The Crown was initially seeking a dangerous offender designation that would have seen Pelletier locked up indefinitely.