MOOSE JAW -- There was scrap metal wall-to-wall when Heather Eby and her husband first set foot in their new purchase at the beginning of May.

The Moose Jaw couple is living out the saying, "One person’s trash is another person’s treasure," after recently purchasing an old machine shop with plans to clean it up and sell it, thinking it would be a simple task.

"My husband said, 'It’s just going to take a couple of guys, a couple of days and then we’ll flip the property and it’s going to be great," Eby said.

Seven weeks later, the Ebys are still combing through the old Pascoe’s Machine Works, which has sat vacant since the 1980s.

"Our family just dug in, literally, and all pulled together and we just decided we could do it," Eby said.

The inside and outside of the building were filled with old scrap metal, Eby says they’ve transported over 85,000 pounds to a scrap yard.

While working their way through all the metal, they’ve discovered many antique parts and machines, including a Robin Hood flour trailer, which has since been donated to the Sukanen Ship Pioneer Village and Museum, as well as four metal lathes and a pulley system inside the machine shop. 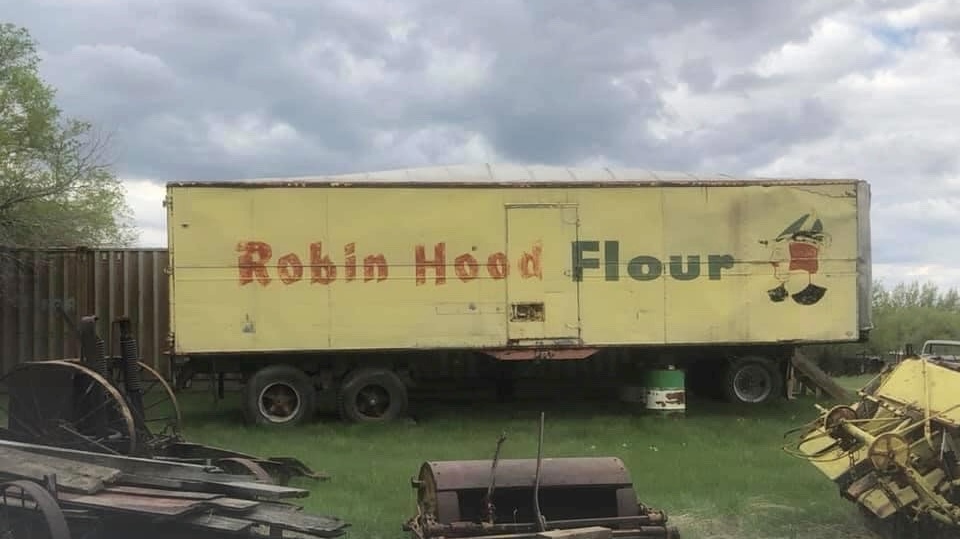 "This is the most interesting part of the building, these machines are incredible," said Eby, who has set up a Facebook group "Finders Keepers - Vintage Metal" to sell some of the antiques.

Each lathe weighs at least 3,000 pounds and they are run off an engine and the pulley system. Despite being more than 80-years-old, the system still works as Eby fired up the motor last weekend.

"It was like stepping back in time and I just wish I could have a little time travel and come in on just a regular Wednesday morning and see what it was like in the machine shop when they were working," Eby said.

Since taking on the project, Eby has met the original owner of the machine shop, Cecil Ozog, 93, who has stopped by to see the site cleaned up and reminisce about running the shop.

"His daughter drives him by almost every day," Eby said.

Eby is hopeful they can find a new home for the pulley system and antique metal lathes, which date back to 1915, and avoid them being lost to history.

"I do not want to see these machines go to the scrap yard, so we’re really hoping that someone can come and find a new home for them," she said.