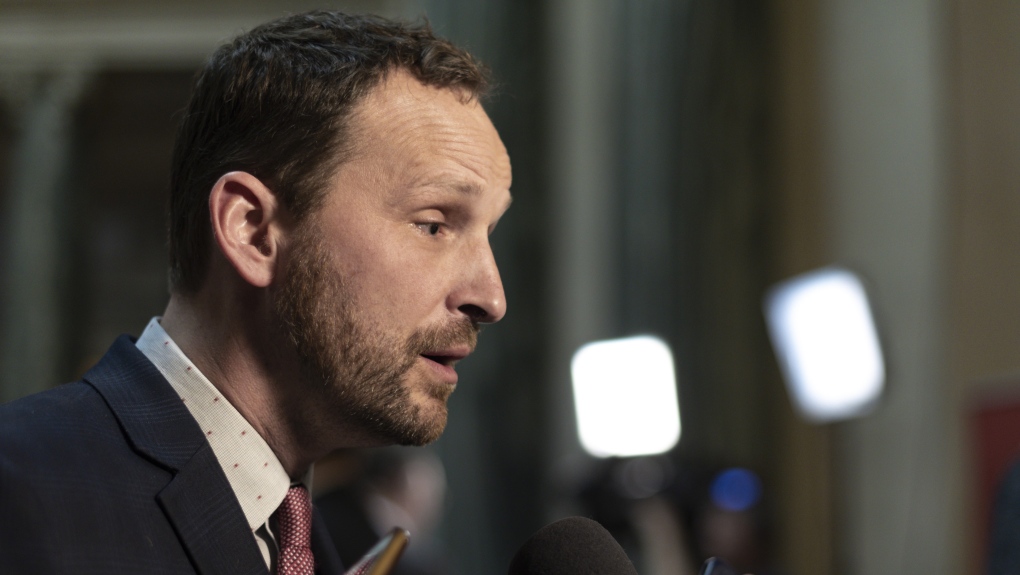 Opposition Leader Ryan Meili speaks to media during budget bay at the Legislative Building in Regina on Wednesday March 20, 2019. THE CANADIAN PRESS/Michael Bell

REGINA -- The Saskatchewan NDP made another pre-election promise, committing to rolling back the price of SGI license plates.

SGI is sitting on a $1 billion reserve fund made up of excess cash accumulated over the years from license plate sales. The fund exists to keep rates stable should a major disaster hit.

However, the NDP believes the fund has gown far beyond what’s necessary. Ryan Meili, the party’s leader, said an NDP government would issue $100 rebates to motorists, along with a seven per cent rollback in price for plates moving forward.

“People have already overpaid,” Meili said, speaking at an event Thursday. “When we’ve discovered that somebody’s overpaid, any business, any crown corporation should do this. They should say ‘oh, we’ve got too much of your money. We’re going to give some if it back.’”

The government estimates the NDP plan would take $400 million from SGI’s rate stabilization fund over the next four years. It calls that, reckless spending.

“Well it’s unfortunate that the NDP plan to use SGI as sort of a slush fund, a little election slush fund and use the $100 cheques as sort of election checks,” Joe Hargrave, the Minister in charge of SGI, said.

The NDP believe Saskatchewan motorists could use a financial break right now, however, the government thinks the NDP plan will drive the province further into debt.