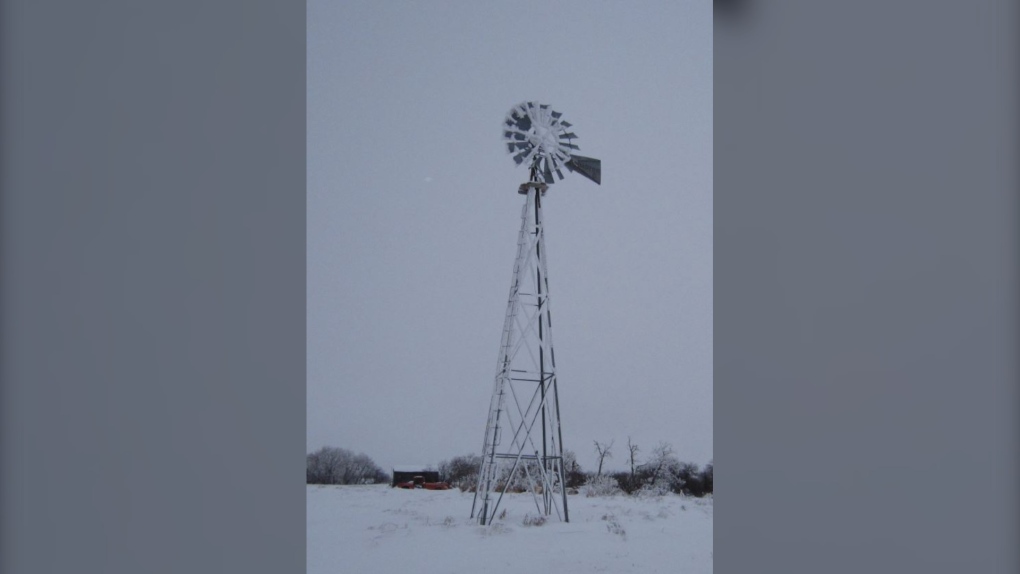 REGINA -- The owner of a nearly 100-year-old windmill that was recently stolen from a rural property near Vibank is asking for the public help in locating it.

Darcy Dech owns the windmill, which is 41-feet-tall and made of galvanized steel. He recently sold the land the windmill was located on, but part of the deal was that he could keep the windmill for “sentimental value.’” When Dech went out to get the windmill on May 19, he said it was gone.

“It’s not like it was laying on the road, it was probably at least 150 feet in the yard,” said Dech. “It’s like a heritage thing. It’s old and we wanted to keep it around.”

Indian Head RCMP are investigating the theft, which is believed to have occurred between May 16 and May 19.

RCMP said it would have taken more than one person to do the job and they would have needed equipment to remove it from the property.

“It would have taken some time for this piece of property to leave the location,” said Sgt. Ryan Case, with Indian Head RCMP. “We’re hoping that somebody that lives in the area happened to be going down (there), would have noticed some people that didn’t belong out on that property, or might have even seen it going down the road since it was in fairly close proximity to Highway 48.”

Sgt. Case said this kind of theft is very rare, given how few of these types of windmills are still around.

“You go by these old, rural properties and you might see the odd one still in existence,” said Sgt. Case.

Dech said he just wants the piece back. It’s missing a fan blade, has bullet holes in it and has “Chicago” written on the tail fin.