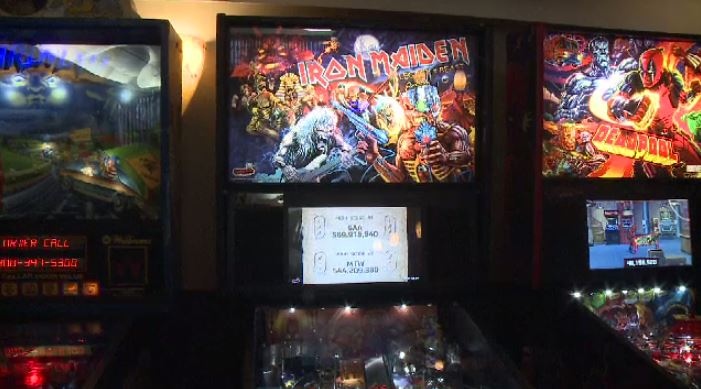 More than two dozen people recently gathered at Theo Bill’s in Regina to share their love for pinball, hosting a friendly competition with the goal of creating more interest in the game.

Since last summer, Queen City Pinball has been hosting bi-weekly tournaments in various locations in Regina. The group consists of new and veteran pinball players and collectors.

“It’s just a family activity for me and my brothers. I met a bunch of friends here, just at various pinball locations,” said Lance Wormsbecker, a pinball competitor.

“Sharing our pinball machines with people, also sharing our passion and our hobby with the community,” added Jamie Cossar, director of Queen City Pinball Tournament.

Shaun Amos with Queen City Pinball tournament says the group started with only a handful of players who would travel to Saskatoon to compete.

“A group of us, we all met playing pinball on location. Saskatoon has had a pretty successful league for a number of years now so it started with us just going up there and making a road trip to go there for tournaments. It does get pretty tiring to drive plus 2 hours and then having to work the next day.”

The competition involves a lot of strategy in scoring the most out of each ball, Cossar said.

While these games are between local friendly rivals, the sport of pinball is growing across the globe with world competitions taking place in Italy, Denmark and the United States.

“There are some pretty good players in our community who represent our province and had actually went to Vegas for the world finals,” competitor Dion Bowman said..