REGINA -- A Regina man is advocating for changes to the province's vaccine strategy after a battle with a COVID-19 variant sent him to the ICU.

On March 15, Matthew Cardinal was feeling sick, but this time it felt different.

“I’d try to eat something and I'm like, 'Why is this so salty?' I was trying to call a restaurant complain and then I realized it was COVID,” Cardinal said.

After experiencing trouble breathing, the 34-year-old was rushed to hospital by ambulance on March 22.

“They did an X-ray, the doctors were assessing me and then they found out that I had pneumonia, a blood clot in my lungs, plus COVID-19 – the U.K. variant," he said.

As his condition worsened, Cardinal feared for his life and was taken to the ICU to be sedated. 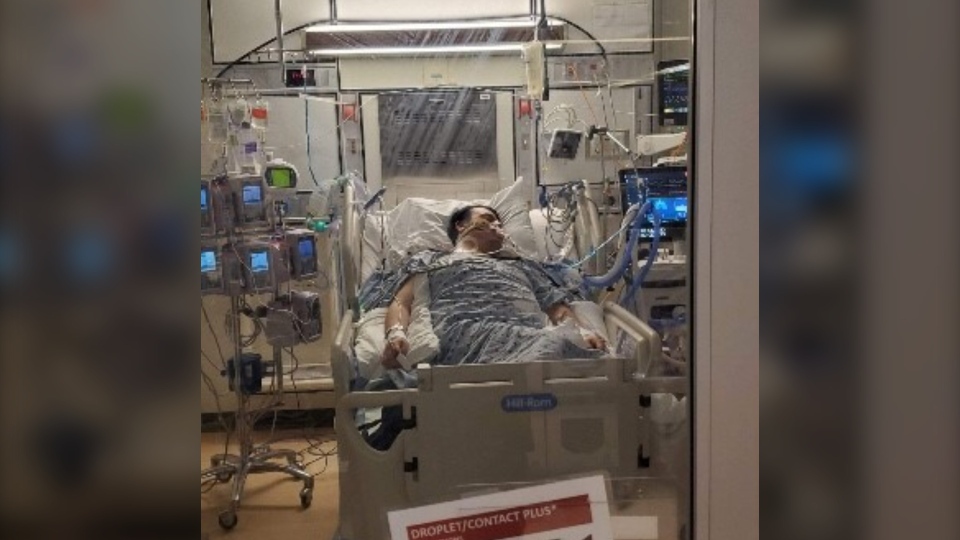 Matthew has made significant progress; on March 31 he was taken off the breathing tube and is now using oxygen.

“My overall health is awesome, considering a few days ago, I was needing six litres of oxygen and today I only need one.”

Cardinal is not the only young person who has been impacted by COVID-19. According to the Saskatchewan Health Authority, COVID-19 rates in younger people have grown over the past few months.

“We have to recognize that (the B.1.1.7 variant) impacts all age groups and is highly transferable in all age groups. It can cause, higher severe outcomes including death in all age groups,” Dr. Saqib Shahab, Saskatchewan’s chief medical health officer, said.

Given the ordeal he went through, Cardinal is worried for other young people.

“I seriously think that the virus is changing, so should the vaccine plan, and they really need to start doing things for essential workers.”