Regina police to arm all front-line officers with naloxone: chief 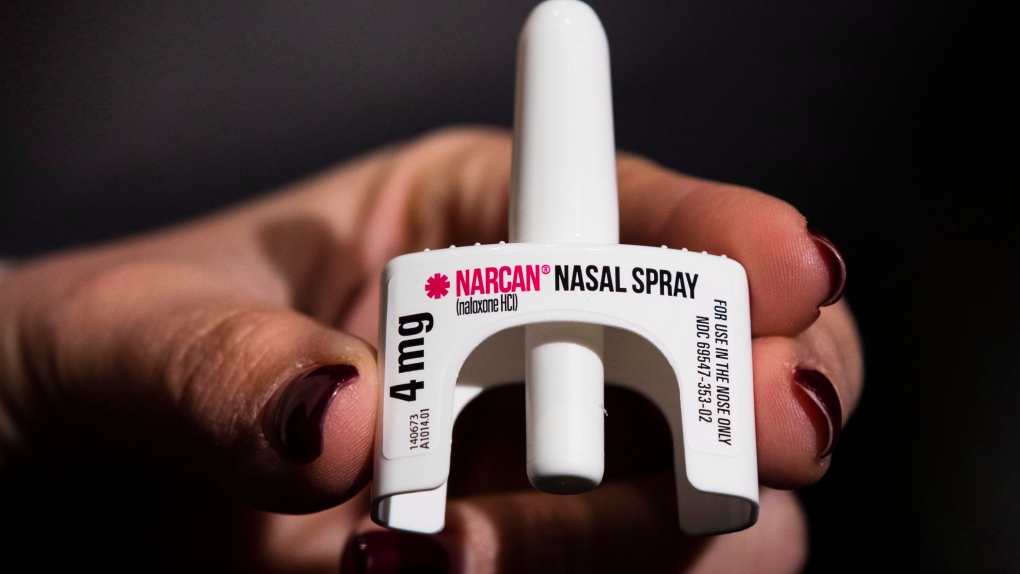 The overdose-reversal drug Narcan is displayed during training for employees of the Public Health Management Corporation (PHMC), Tuesday, Dec. 4, 2018, in Philadelphia. Boys and Girls Clubs of Canada locations across the country are getting a free supply of an opioid overdose-reversing drug. THE CANADIAN PRESS/AP-Matt Rourke

REGINA -- The police chief in Regina says a policy shift is coming that will see more officers carrying the life-saving antidote naloxone.

Evan Bray says all front-line officers are to be equipped next year with naloxone, which can reverse or block the effects of an opioid overdose.

Bray says the force initially only provided Narcan, the nasal spray version of naloxone, to people in certain positions such as supervisors, school resource officers and workers in the detention area.

Many police agencies across Canada, including the Saskatoon Police Service and Saskatchewan RCMP, already supply street officers with naloxone or Narcan.

In one case an officer working in the school resource division was on her lunch break and received a call that someone about three blocks away needed naloxone.