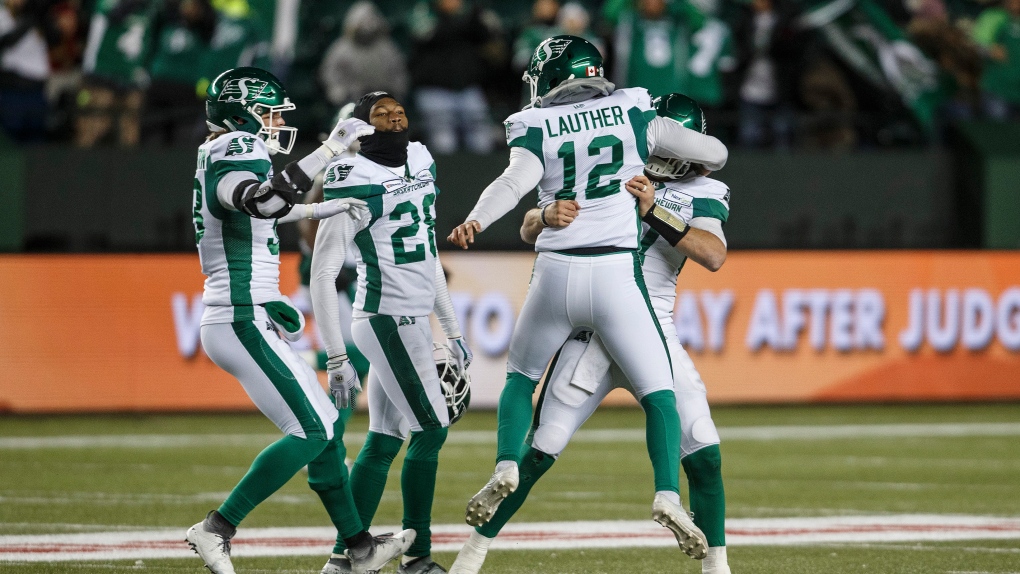 Saskatchewan Roughriders celebrate the win over the Edmonton Eskimos during CFL action in Edmonton, Alta., on Saturday October 26, 2019. THE CANADIAN PRESS/Jason Franson.

REGINA -- The Roughriders season won’t start until at least July due to the COVID-19 pandemic.

The CFL announced the decision to postpone on Tuesday morning.

"While it is now clear that the 2020 CFL season won't start before the beginning of July, we are committed to working with our teams, the Players' Association, TSN and RDS to play a full season or as close as we can come to one," Ambrosie said. "We recognize this may require some creativity and we are preparing for multiple scenarios."

The Riders were scheduled to host the Montreal Alouettes in their home opener on June 19.

Last week, the CFL announced it would also postpone its training camps because of the pandemic.

Riders’ quarterback Cody Fajardo told CTV Morning Live Regina last week that he planned to be ready to go whenever the league was able to start play.

He also urged Saskatchewan residents to do their part to flatten the curve, since Regina is supposed to host the Grey Cup in November.