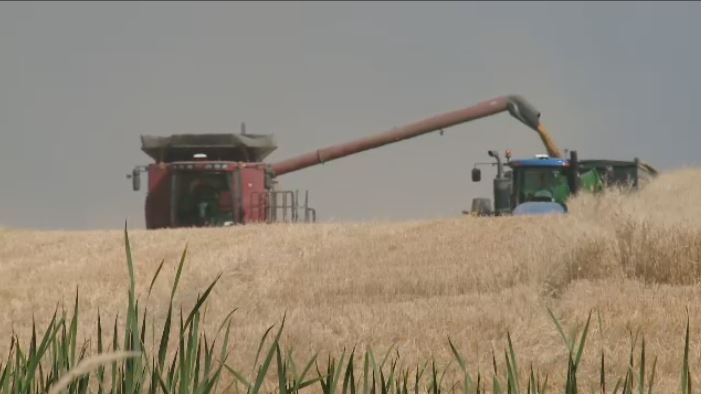 REGINA -- Saskatchewan farmers made good progress this past week after combining 62 per cent of crops.

According to the province’s latest crop report, harvest this year is well ahead of the five-year average of 48 per cent.

An additional 27 per cent of crops were swathed or ready to straight-cut.

The report said warm and dry weather is needed to continue to dry down crops.

Harvest is most advanced in the southwest region, where 90 per cent of crops are in the bin.

An additional 47 per cent of canola is swathed or ready to straight-cut, the report said.

Most of the province received very little rainfall this week. The Nipawin area received the highest amount of rain with 25 mm.

Strong winds and minimal rainfall are causing topsoil moisture conditions in the province to deteriorate.

The majority of crop damage this week was due to frost, wind and dry conditions.

Frost damage varied depending on the temperature and stage of the crop.

However, later seeded and less mature crops were most affected, the report said.

Wind continued to blow swaths and shell out crops.  There were also reports of damage caused by wildlife, waterfowl and ergot in durum crops.