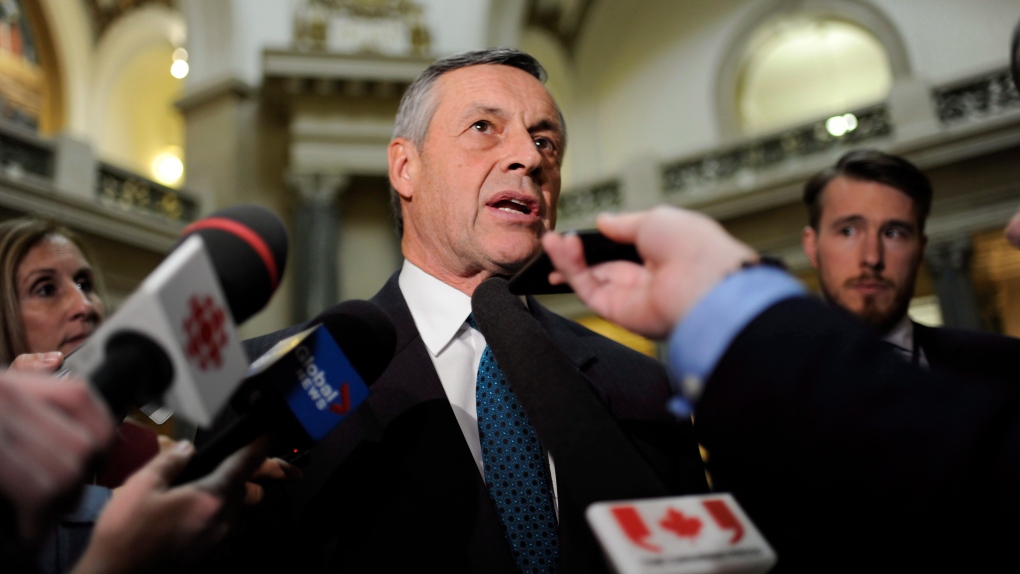 Saskatchewan's deputy premier Don Morgan speaks to reporters following the speech from the throne at the Legislative Building in Regina, Wednesday, October 25, 2017. THE CANADIAN PRESS/Mark Taylor

The Saskatchewan government has introduced legislation to reverse changes that resulted from the passing of Bill 40 last spring.

The legislation tabled Tuesday will repeal the provisions implemented by Bill 40 that allow for the sale of a partial-equity position of a Crown corporation.

“We have listened to Saskatchewan people and are making these changes because of what we heard,” Deputy Premier and Justice Minister Don Morgan said in a news release.

“Saskatchewan people were concerned about this legislation and the potential sale of even a small stake in a Crown corporation.”

The Interpretation Act, passed in 1995, is being amended to repeal the recently added definition of “privatize” and to repeal the ability to add additional methods of transfer of control that would constitute privatization by regulation.