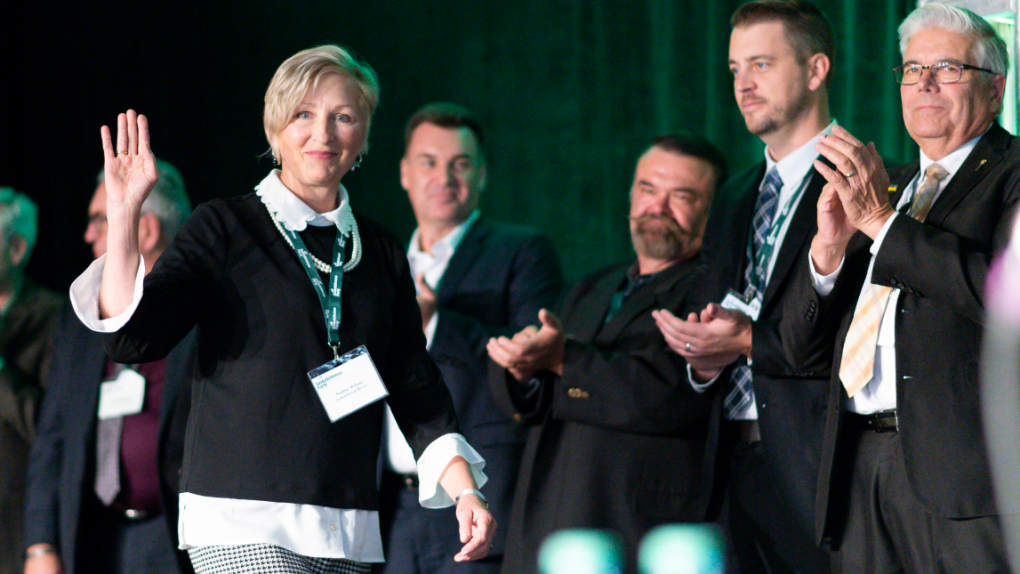 REGINA -- A member of the Saskatchewan legislature facing assault charges says Premier Scott Moe wants her to remain in caucus.

Nadine Wilson was charged with two counts of assault after turning herself in to Prince Albert police over the summer.

She stepped down from her cabinet role but remains in the Saskatchewan Party's caucus, representing the riding of Saskatchewan Rivers.

While attending the party's convention in Regina on Saturday, she told reporters that she is still in caucus while the court matter is pending "because the premier wishes me to."

The Opposition NDP says any MLA charged with a crime should be removed from caucus until the matter has been resolved.

Premier Scott Moe said at the convention that Wilson has been in caucus since 1999 and has maintained her innocence with respect to the charges.

"I don't know how you can remove someone from caucus that is maintaining their innocence until they have actually been proven guilty," Moe said.

Moe said he wouldn't speak to hypothetical situations where an MLA could be facing a more serious charge.

Wilson's charges are headed to a mediation hearing -- not criminal court. The hearing has been scheduled for next week.

Wilson's lawyer, Mark Brayford, has said the request was made by the Crown.

If the mediator decides a solution can be found, the assault charges against Wilson will be withdrawn.

This report by The Canadian Press was first published Oct. 5, 2019.