Sask. premier says COVID-19 vaccine purchase 'not off the table' for province 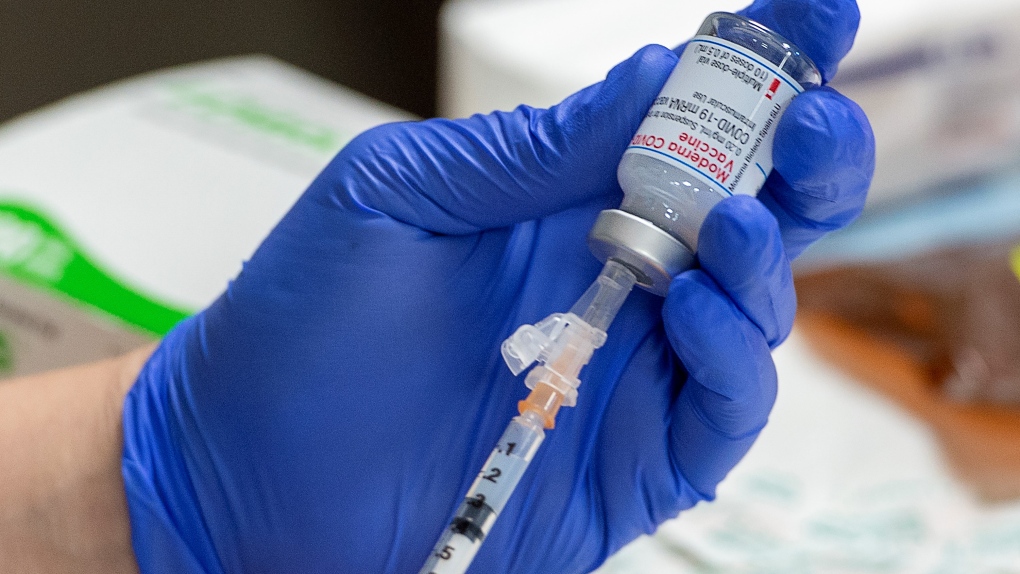 A registered nurse prepares a dose of the Moderna vaccine to Halifax on Monday, Jan. 11, 2021. (Andrew Vaughan / THE CANADIAN PRESS)

REGINA -- Saskatchewan premier Scott Moe says purchasing vaccines outside of the supply from the federal government is still an option for the province.

The comments come after Manitoba struck a deal with Alberta-based Providence Therapeutics.

“It's not off the table for Saskatchewan as well to engage on that option, understanding that we have already invested in domestic vaccine production in Saskatoon and VIDO-InterVac,” Moe said.

In March, the province invested $3.6 million in COVID-19 research at the University of Saskatchewan.

VIDO-InterVac recently entered the human trial phase of its vaccine research. The first of 108 volunteers were vaccinated at the Canadian Center for Vaccinology in Halifax on Feb. 3.

It is an exciting day for VIDO – our Phase 1 continues with the first volunteers vaccinated! https://t.co/64ds9BQioU #COVID19 #vaccine #USask pic.twitter.com/AWI27LEd1Q

Moe said he believes VIDO-InterVac’s vaccine could come on the early next year, around the same time a vaccine is expected from Providence Therapeutics.

With files from Charles Lefebvre with CTV Winnipeg.