Sask. reconsidering legislation allowing part of a Crown corp to be sold 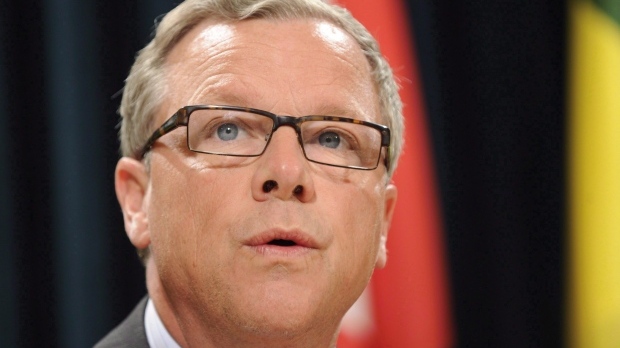 Saskatchewan Premier Brad Wall says the government is reconsidering legislation that allows up to 49 per cent of a Crown corporation to be sold without that being considered privatization.

Wall says Saskatchewan Party politicians have been hearing concerns from people across the province about the law passed in the spring.

"There's a considerable view out there that folks believe that any change in ownership -- even if it's five per cent ownership in a Crown -- constitutes privatization," Wall said Wednesday.

When the government introduced the legislation last fall, Wall argued that it would protect a Crown because the government would keep majority control. He said the move would allow for partnerships that could help develop the business.

"I was certainly of the view that the people of the province would see a partnership that did not lose majority control for the people of Saskatchewan as just that -- and not a privatization where you've lost control and you can't control the head office," he said.

"But, you know, to the extent that I may not have read that correctly on behalf of the people that own the Crown corporation, we're going to find out. We're going to continue to do the work and be responsive to that."

Some critics have said the government was looking at a potential sale of SaskTel, the provincially owned telecommunications company, because the province is trying to bring down a $1.3-billion deficit from last year.

The takeover of Manitoba Telecom Services by Bell Media leaves SaskTel as the last regional carrier in Western Canada and makes it vulnerable.

"It's not for sale. It's certainly open to partnerships, as of right now. There is no particular proposal on the table, as far as I know," said Wall.