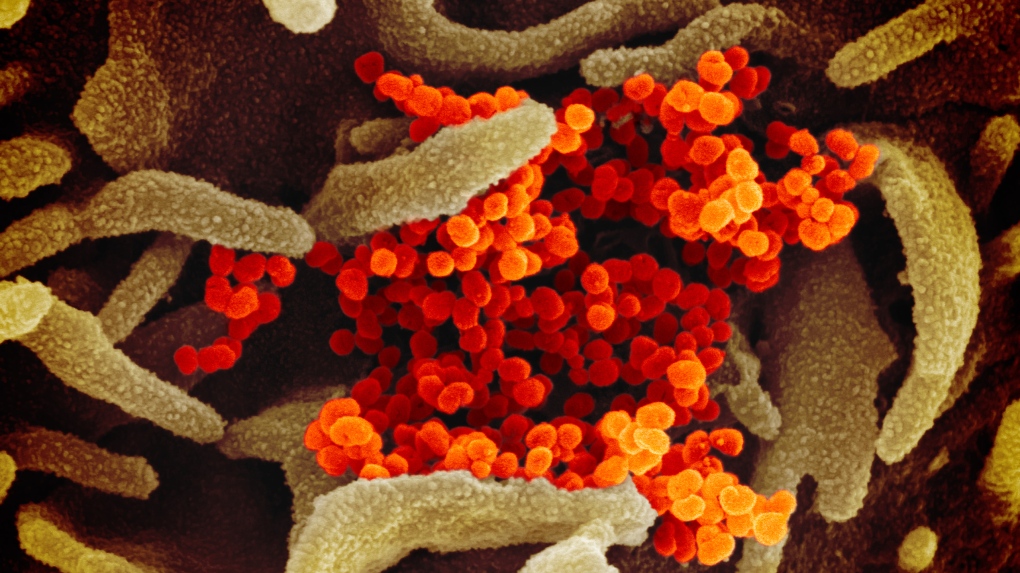 The CDC has once again updated its guidance on coronavirus, this time to say that it can spread by airborne transmission. (NIAID-RML via CNN)

There are 210 people in hospital – which ties the previous record for hospitalizations – and 30 people in the ICU.

There are 142 new recoveries, leaving the province with 4,265 active cases of the virus.

Saskatchewan is still leading the way when it comes to the rate of active cases per capita.

According to Health Canada, as of Sunday the province has 351 active cases per 100,000 people.

Saskatchewan is followed by Alberta and Quebec, whose active cases per capita are trending downwards, while Saskatchewan’s are on the rise.

There were 2,449 doses of COVID-19 vaccine administered in the province on Sunday.

The doses were administered in the following zones:

There have been 22,618 total doses of COVID-19 vaccine administered in the province so far.

On Monday, the Saskatchewan Health Authority (SHA) announced the Pfizer vaccine is now available to seniors in Prince Albert who are over the age of 70 and living independently.

Clinics will be held on Tuesday and Wednesday. The SHA said there are a limited number of appointments available and they will be filled on a first-come first-served basis.