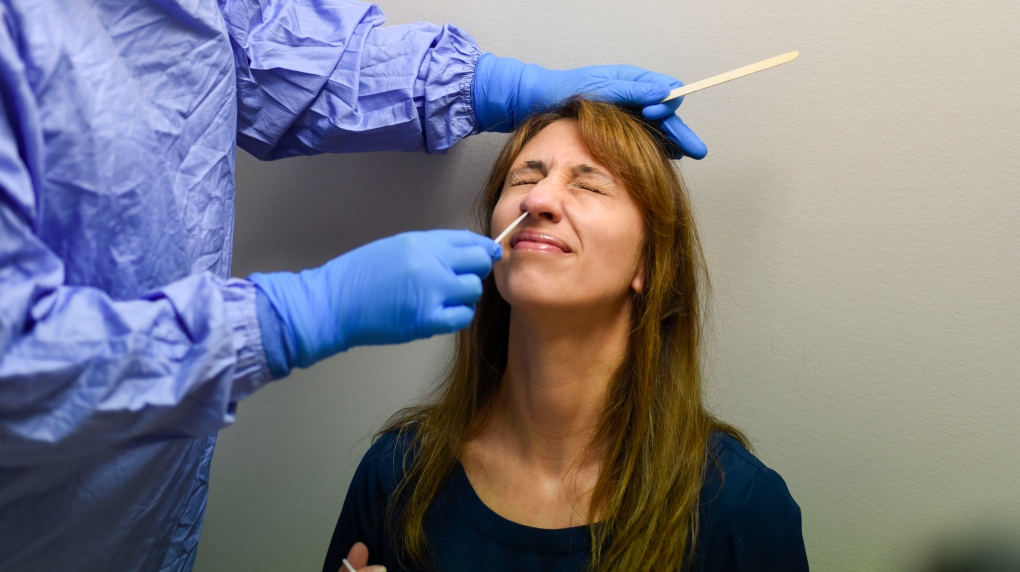 An image provided by the Saskatchewan Health Authority.

Saskatchewan added 328 new COVID-19 cases on Friday, along with seven deaths and 300 recoveries.

So far, 292 people in Saskatchewan have died from the virus.

There were 308 doses of COVID-19 vaccine administered on Thursday.

According to the government, zero doses of the vaccine have been administered in the Central West, Southwest and South Central zones so far.

The province said vaccine distribution schedules will be adjusted to account for a reduction in deliveries of the Pfizer and Moderna vaccine over the next month.

The federal government has reduced Saskatchewan’s Pfizer vaccine allocation for the first quarter of 2021.

The rollback is the result of a back and forth between Pfizer and Health Canada. The vaccine producer expects Canada to pull six doses out of each vial, instead of five. Canada’s public health body is reviewing a request to change the label to indicate six doses can be drawn from a vial – and if Canada has a sufficient supply of special syringes needed to extract the sixth dose.

Premier Scott Moe expressed his frustration with the feds on Thursday morning, tweeting that he is not getting “accurate information” from Ottawa, and writing that the federal government told the provinces Pfizer shipments to Ottawa will be cut from 4 million to 3.5 million doses for the first quarter. Moe said every province will see its allocation reduced.