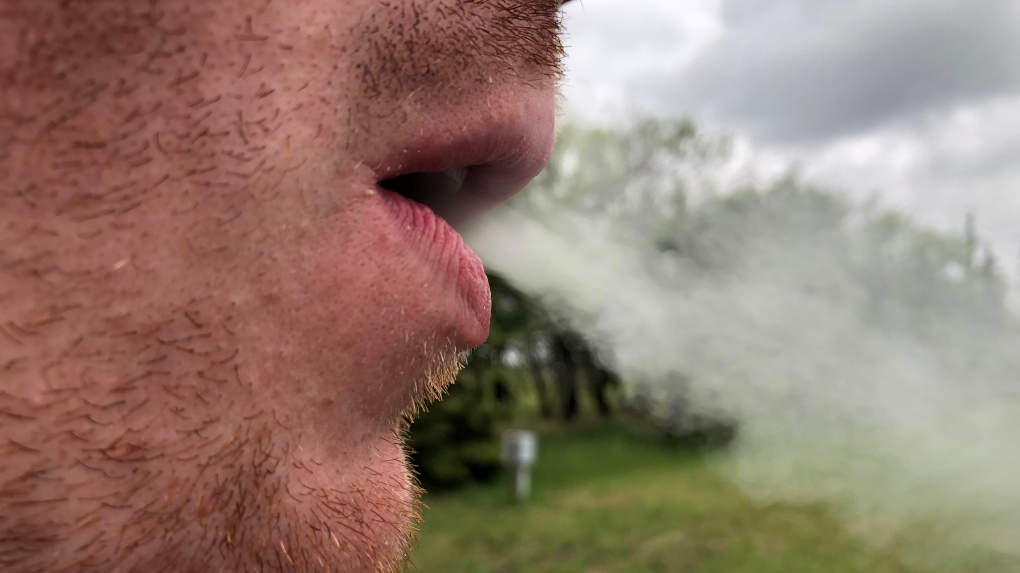 A teen is seen vaping in this file photo.

Saskatchewan's health minister says public health officials are paying close attention to the possibility of vaping-related injuries in the province.

Health officials in the U.S. are currently investigating hundreds of serious breathing illnesses in people using e-cigarettes and other vaping devices.

Earlier this week, a London, Ont. teen was diagnosed with a severe respiratory illness linked to vaping products. It's the first vaping-related illness reported to Health Canada.

"I am concerned with the recent incidents of vaping related illnesses, as well as the high rates of vaping we are seeing among Saskatchewan youth," Saskatchewan Minister of Health Jim Reiter said in a release. "Although Saskatchewan has not recorded any instances of pulmonary illness associated with vaping similar to the recently reported cases in the United States and Ontario, earlier this week I directed Saskatchewan public health officials to monitor all cases as they present in intensive care units."

According to Health Canada’s website, warnings are related to nicotine found in e-liquid, as well as the presence of formaldehydes, nickel, tin and aluminum. Patients have reported vaping THC oils in combination with nicotine products.

The province is encouraging anyone with concerns about vaping, or who may be experiencing symptoms, to call the Healthline at 811 or talk to a health care provider.