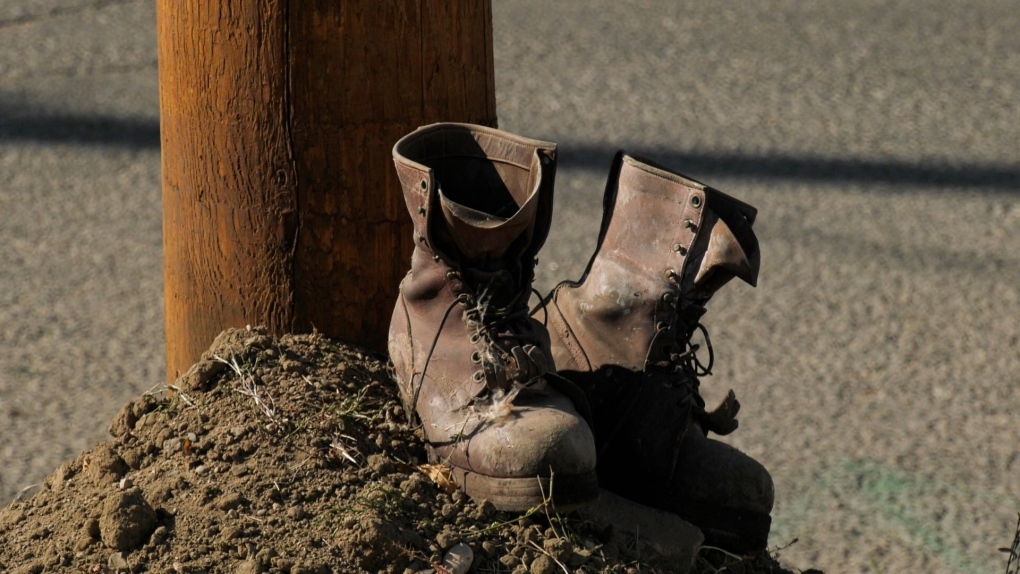 A pair of work boots were placed at the base of a power line in Weyburn, where two SaskPower workers died on Thursday. (Marc Smith / CTV News Regina)

REGINA -- The President and CEO of SaskPower has identified the two SaskPower workers killed while working on a power line in Weyburn as Scott Bill and Cole Crooks.

The two men, 51 and 40, died Thursday after they fell from a bucket they were working in, police say.

Both employees were powerline technicians on the Weyburn construction crew and worked in many communities throughout southern Saskatchewan.

"From the bottom of our hearts, we acknowledge them for their service and dedication to SaskPower and to our customers across the province," Mike Marsh said in a statement issued Saturday. "This terrible loss of members of our SaskPower family and of the Weyburn community, is deeply felt by us all."

"On behalf of the entire Executive team and Board of Directors at SaskPower, our heartfelt condolences and sincere sympathies go out to their families, friends and to all their co-workers in this difficult time."

A GoFundMe page launched in support of the workers' families had already raised more than $23,000 by Saturday afternoon.

SaskPower said Friday it's working with authorities as internal and external investigations into what happened continue.