REGINA -- Entering the month of May, Regina and southern Saskatchewan were the provincial hotspot for COVID-19, however, after months of strict restrictions, especially in the Queen City, the region is seeing a downward trend.

"We’re still seeing a lot of fluctuation, variability, but the long range trend is towards a slow decline, which is what we want to see," Dr. Cory Neudorf, an epidemiology and community health professor at the University of Saskatchewan, said.

On May 1, Regina had a province-high 761 active cases, saw a seven-day average of 74 new cases per day and its weekly test positivity was 10.45 per cent.

That dropped to 416 active cases by May 15 with its seven-day average for new cases at 36 and test positivity down to 7.16 per cent.

As of Wednesday, Regina has 235 active cases, which is the lowest since Nov. 8, while the seven-day average for new cases is down to 22 and test positivity sits at 5.56 per cent. 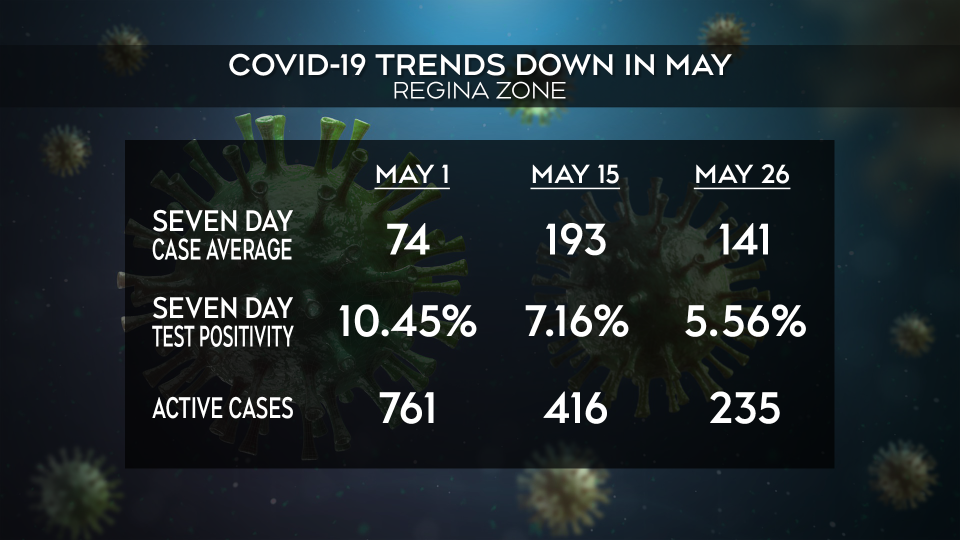 "People adhering to those restrictions and turning up for vaccine in large numbers that really helped to bring those numbers down very quickly," he said.

The same trend is being seen in regions across the southern portion of the province. 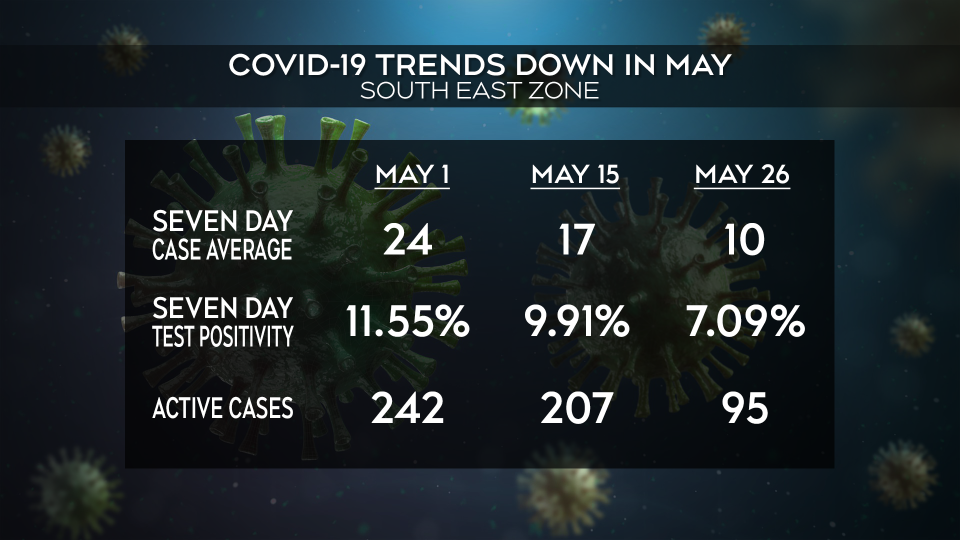 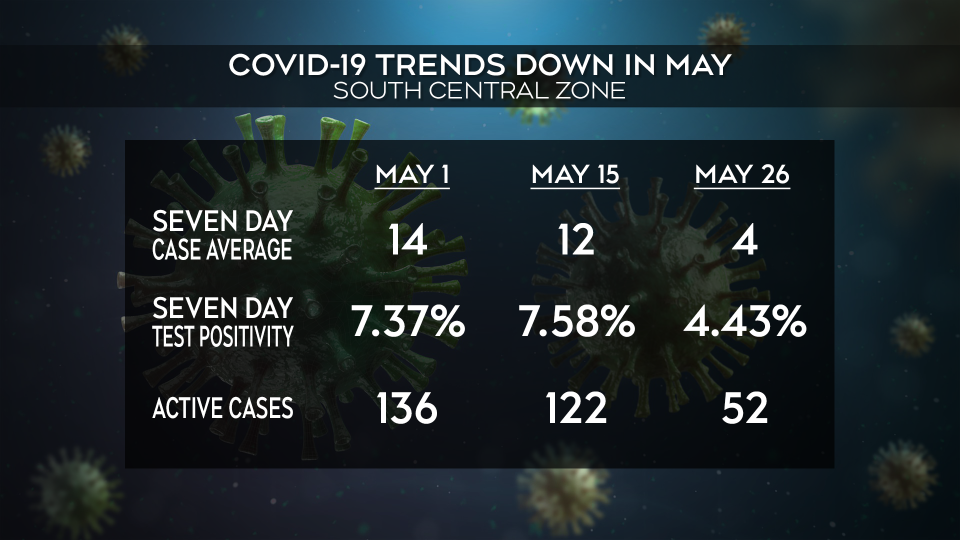 The South West zone has cut its active cases from 101 to 40, its seven-day new cases average from eight to four and its test positivity dropped from 8.91 to 6.96 per cent from May 1 to 26. 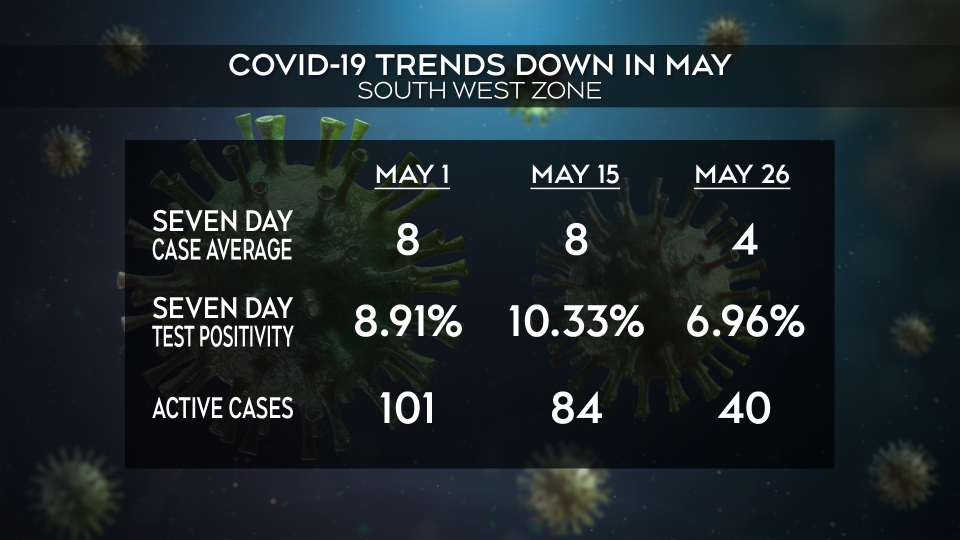 Dr. Neudorf said southern Saskatchewan is seeing good signs, but continued adherence to public health measures is going to be key for the next month as restrictions are eased in the reopening roadmap.

"Let’s not give up all of those gains that we've made by celebrating too early. Let's celebrate cautiously," he said.

Saskatchewan reported 151 new cases on Wednesday with active cases dropping to the lowest point since Mar. 20 at 1,442.