These Sask. artists are nominated for Canadian Country Music Awards 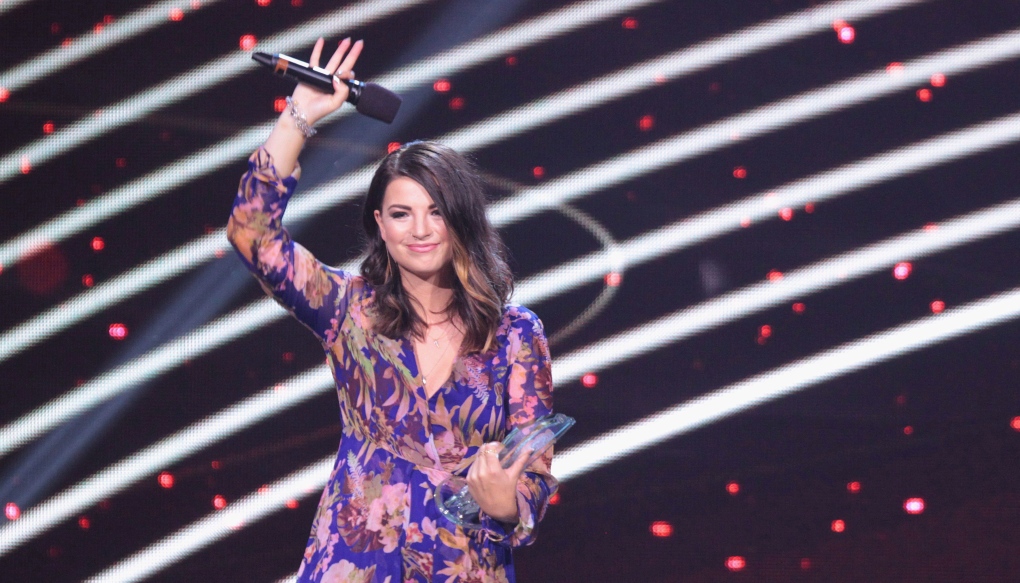 Jess Moskaluke accepts her award for Female Artist of the Year at the Canadian Country Music Association Awards in London, Ont., on Sunday, Sept. 11, 2016. THE CANADIAN PRESS/Dave Chidley

REGINA -- Nominees have been announced for the Canadian Country Music Association Awards, with several Saskatchewan artists on the list.

Shaunavon’s The Hunter Brothers received three nods, including Video of the Year for their song ‘Silver Lining,’ Group or Duo of the Year, and Fans’ Choice Award.

Tenille Arts received two nominations, including Album of the Year for ‘Love, Heartbreak, & Everything in Between’. She is also nominated for the Rising Star Award. She hails from Weyburn.

Langenburg’s own Jess Moskaluke is up for Female Artist of the Year.

Alberta artist Tenille Towns received the most nominations with six. Dean Brody and Brett Kissell both received five, while the James Barker Band, The Reklaws and Dallas Smith each received three nominations.