'They are coming down significantly': Regina's COVID-19 numbers trending in positive direction

REGINA -- After being Saskatchewan’s COVID-19 hotspot for much of the last two months, Regina is seeing a drop in case numbers.

The Queen City’s active case count has dropped below 500 for the first time since March 15.

As the B.1.1.7 variant spread in Regina, the capital city reached a third-wave high of 1,121 active cases on April 5, which came two weeks after the province tightened public health measures for the city and surrounding areas.

Active cases have been on a steady decline since then, now sitting at 482, which is a 57 per cent drop in a little over a month. 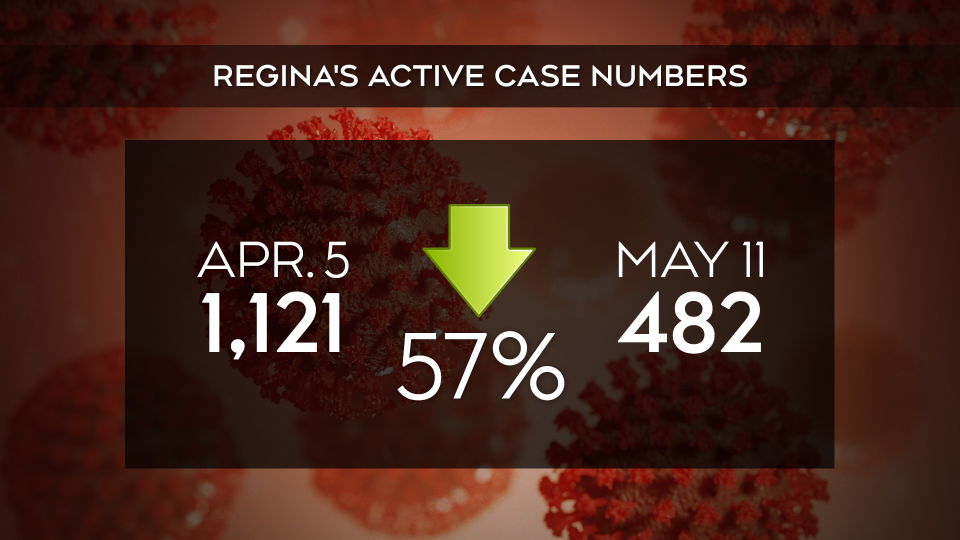 The spike in cases in Regina led to immense pressure being put on the healthcare system in the city as admissions to the intensive care units peaked at 35 on April 23.

The Saskatchewan Health Authority was forced to increase ICU capacity, which normally sits at 27 beds, due to the surge.

ICU admissions have now come down to 19 people in Regina’s ICUs as of Tuesday.

While the case numbers are on a positive trajectory, the Regina zone’s test positivity remains high at just over eight per cent this week. 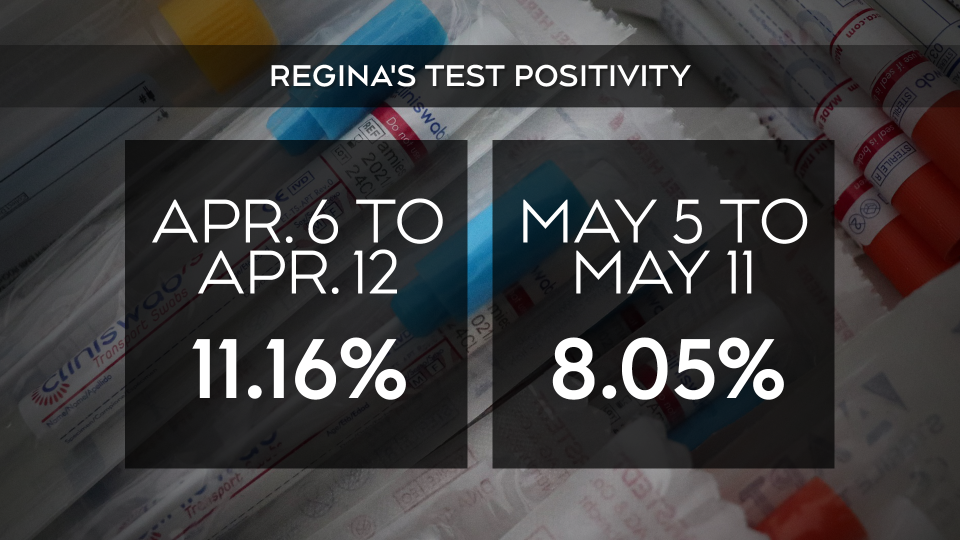 Dr. Shahab says the city’s testing rates are at acceptable levels, but could be better.

"We have to remember that even as our numbers come down, even as we get vaccinated, we need to continue to get tested to make sure that we are not missing cases," he said.

Saskatoon now has the highest active case count in the province at 507 and while case numbers have increased in the Bridge City, the province says the situation looks stable right now.

"We’re not having super spreader events because we have quite stringent public health measures," Dr. Shahab said. "Most of our cases currently throughout the province are in people who cannot work from home, so we see small clusters, two or three cases, in workplaces."

The premier added that it would take a large spike in cases for the province to delay the reopening roadmap.

"I don’t think there’s anything in the numbers that are there today, ultimately, that would in anyway threaten moving forward on the reopen plan," Moe said.