REGINA -- Slides from a physician town hall hosted by the Saskatchewan Health Authority (SHA) Thursday night show there is increasing uncontrolled transmission of COVID-19 throughout Saskatchewan.

A map of the province shows dark orange – indicating a “high likelihood that COVID transmission is not controlled” – spreading throughout the southern parts of the province and pushing north, week after week.

The map for the week of April 21 to 27 included the Northwest zone – where there are 10 confirmed cases of the P.1 variant first seen in Brazil. Uncontrolled transmissions also pushed northeast of Regina to include the Central East zone, which saw active cases peak at 180 this week – the highest since the start of the pandemic. 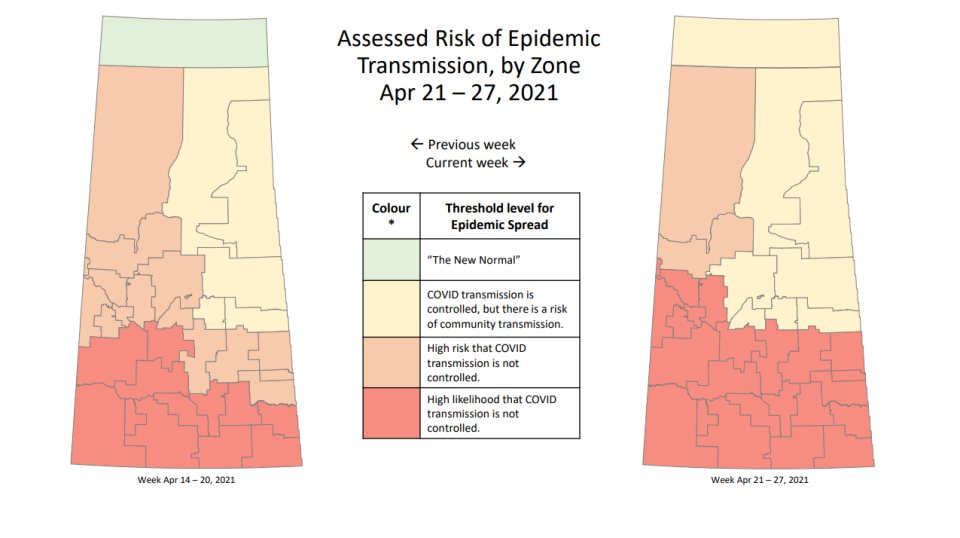 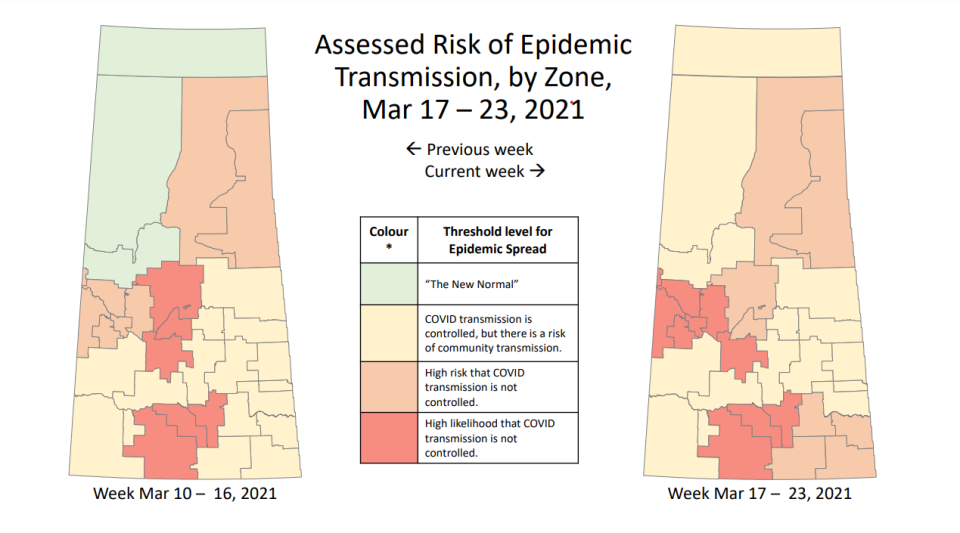 The SHA said uncontrolled travel throughout the province and between provinces is driving the spread of COVD-19 in Saskatchewan and contributing to the speed of variant transmission.

According to the health authority, the rate of demand for acute care has slowed, however growth is still anticipated.

The more contagious and severe variants – particularly the variant first identified in the U.K. – continue to land more people in the hospital and impact a younger demographic.

On Nov. 25 and April 10, the SHA said the seven day rolling average for new cases was the same – 243 – however, the count of people in hospital and the ICU was enormously different.

The time people are spending in the ICU is also increasing. Slides show the average length of stay in Regina’s ICU has nearly doubled since January, jumping from 8 days in the first month of the year to 14 days in April. 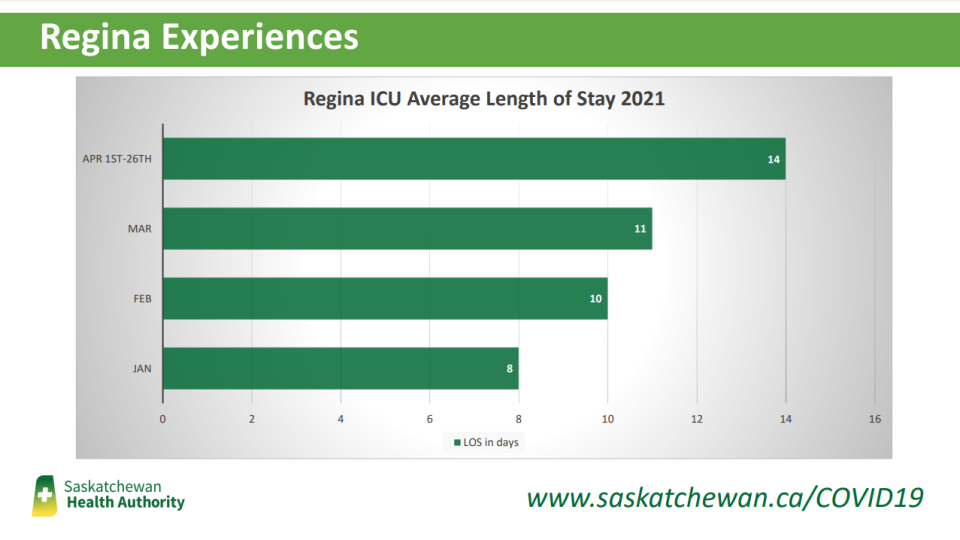 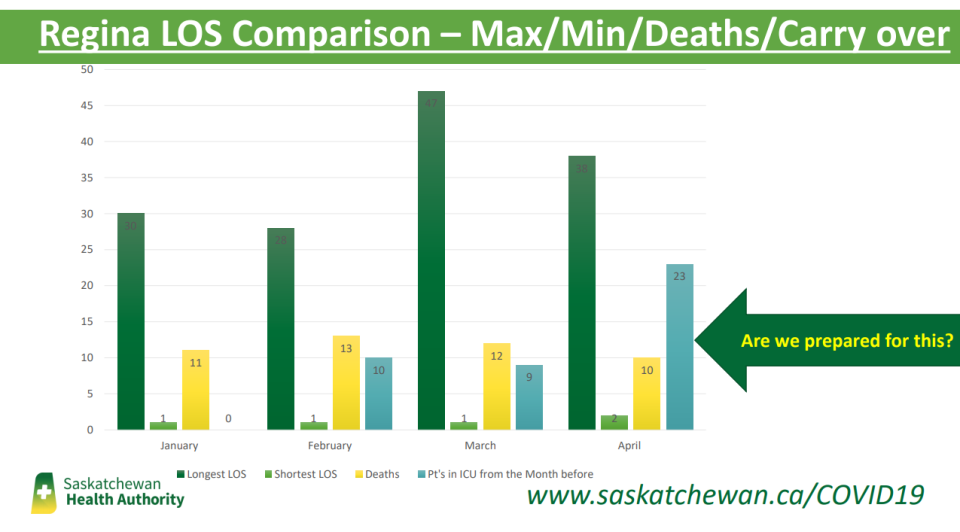