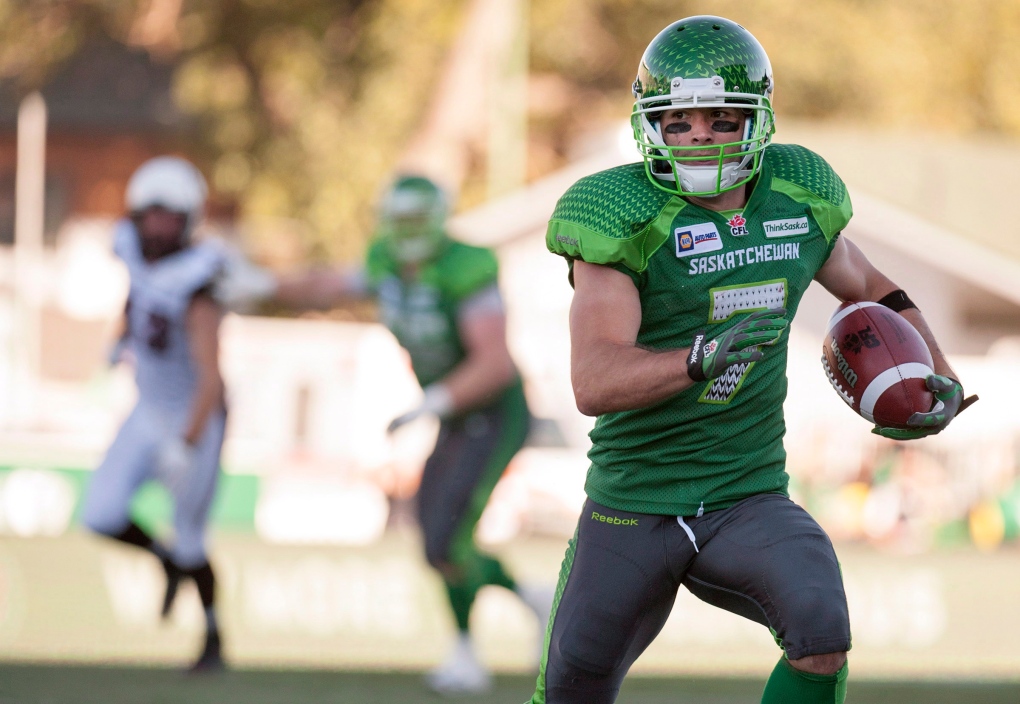 Saskatchewan Roughriders slotback Weston Dressler runs the ball against the Ottawa Redblacks during the forth quarter CFL football action at Mosaic Stadium on Sunday, September 21, 2014 in Regina. THE CANADIAN PRESS/Liam Richards

A well-loved Saskatchewan Roughrider has announced his retirement.

After 11 years in the CFL, former Riders receiver Weston Dressler will retire to a job in his hometown of Bismark, N.D.

There aren’t really enough words to ever describe what he brought to a football organization. The talent was obvious and incredible - but it was so much more than that. We’re a better organization after having him in our building for three seasons. An amazing career. https://t.co/2PyqGiPwPc

The retirement was confirmed Wednesday evening by Darren Camerson, Director of Public and Player Relations for the Winnipeg Blue Bombers.