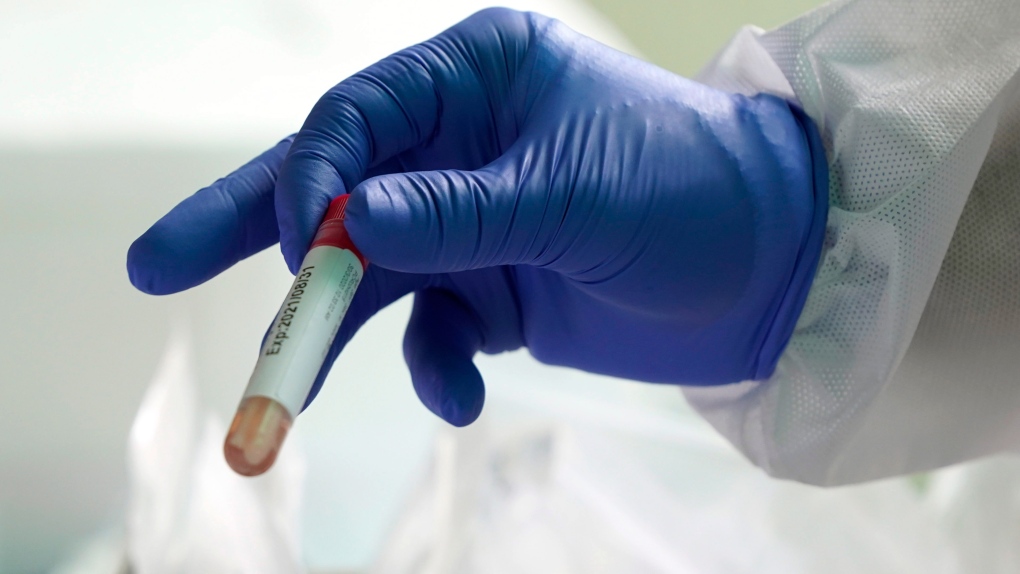 A docttor handles a vial in this image. (AP Photo/Vincent Thian)

REGINA -- There are four new cases of COVID-19 in Saskatchewan on Sunday, according to a release from the province. Five people are in the hospital.

Saskatchewan has a total of 353 confirmed cases, and 61 are considered actiive. More than half of the provinces active cases are located in the far north, with 32.

Recoveries remain at 288 in Saskatchewan. Of the five people in hospital, three are receiving inpatient care and two are in the ICU.

Of the four new cases reported by the province on Sunday, three are located in the north region, and one is in Regina.

Thirty-eight of the province's total cases are healthcare employees.

The Saskatoon area continues to lead the province with 150 cases, followed by 74 in Regina, 68 in the north, 15 from the south, 11 from the central region and 35 from the far north.

Four people have died a result of complications related to COVID-19.

Saskatchewan has performed 27,884 tests to date.