REGINA -- The province of Saskatchewan has announced seven new COVID-19 cases Tuesday, along with 15 new recoveries.

Tuesday also marks the beginning of phase two of the plan to reopen Saskatchewan’s economy, allowing retail stores, malls and hair stylists to open their doors.

All of the new cases are in the province’s far north region. Four cases are in Beauval and three are in La Loche. 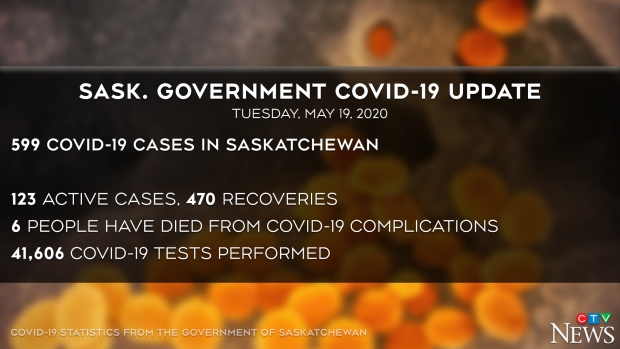 There are currently five people in hospital. Two people — one in Regina and one in Saskatoon — are receiving inpatient care. Three people are in the ICU in Saskatoon.

There are 226 total cases in the far north. Of those cases, 107 are considered active. 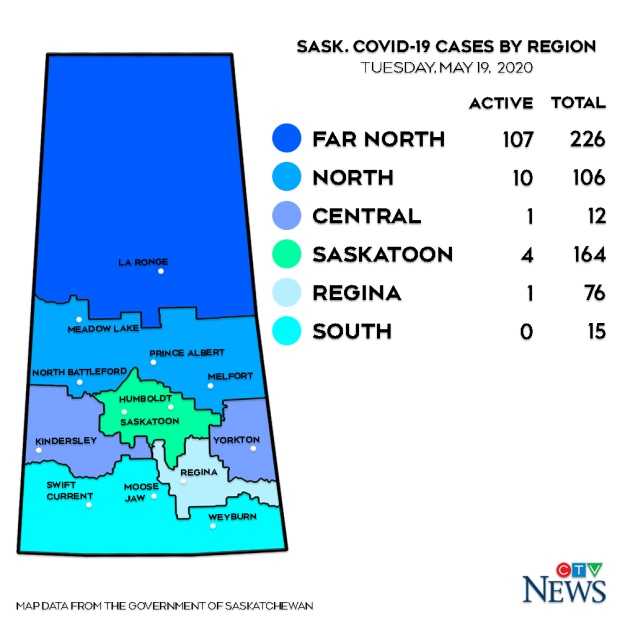 Breaking down active cases, there are 10 active cases in the north, four in Saskatoon, one in Regina and the central region, and none in the south.

The province says there are 139 cases linked to travel, 323 from community contacts, 69 from no known exposure and 68 under investigation from public health.

Six people have died from COVID-19 complications in Saskatchewan.

This phase allows retail stores, malls and hair stylists to open their doors to the public.

“This is a much larger phase than phase one,” Premier Scott Moe said at the province’s daily update on Tuesday.

Shahab encouraged people to be patient as businesses maintain crowd control. He also said people should try to shop for specific items, rather than browsing and hanging out in stores and malls.