71 reports of stolen vehicles in Regina in November: RPS

71 reports of stolen vehicles in Regina in November: RPS 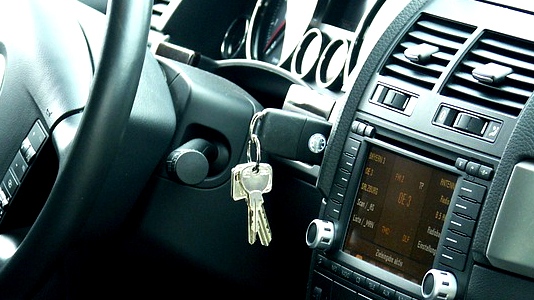 The Regina Police Service (RPS) received 71 reports of stolen vehicles in the month of November, with more than half of those happening because the suspect had access to the vehicle keys.

In 33 cases, the victims reported that their keys were in the ignition or inside the vehicle and in 13 cases, the keys were reported lost or stolen, according to a release from RPS.

RPS said it understands the need to warm up a vehicle as the weather gets colder, but is reminding residents to help reduce the incidents of auto theft by staying diligent.

RPS reminds drivers to always lock their vehicles and take their keys with them, even when the vehicle is parked on their property. Don’t leave the car running, even for a few minutes, as someone will see this as an opportunity, according to RPS.

If possible, use a remote starter to warm up the vehicle. If not, drivers should either stay with the car while it’s warming or have a spare key to lock the doors.

RPS say a device like a steering wheel lock would also provide a deterrent to thieves.

The Department of National Defence says Canada is working with the United States to protect sensitive information from foreign intelligence threats after a high-altitude surveillance balloon was detected.

Are magic mushroom stores the next pot shops?

Magic mushroom dispensaries are popping up in cities across Canada, with customers ranging from those looking for treatment for depression or PTSD to people wanting to 'micro-dose' a small amount of psilocybin, the hallucinogenic compound in magic mushrooms. But while the situation is in some ways reminiscent of when cannabis retailers set up shop before marijuana was legalized in 2018, Health Canada says there are no plans to legalize or decriminalize psilocybin products.

Hundreds of customers who scan QR codes for restaurant menus across Canada are being surprised by secret menus instead, revealing the hidden costs behind the food they eat.

One of Saskatchewan’s oldest hockey rinks has garnered national attention for its unique features and unusual design.

A paramedic signing off for duty for the last time got choked up and teary-eyed during his final radio call to colleagues.

Quebec recommends booster only to vulnerable never infected with COVID-19

Quebec is changing its vaccine strategy: public health officials are now recommending booster shots only for vulnerable people who have never had COVID-19.