'A step forward for all Special O skaters': Regina figure skater performs with Tessa and Scott

REGINA -- The audiences at the Regina showing of the Rock the Rink Tour were on their feet for a special performance from a local figure skater.

Victoria Sarty has been working on her skill with Special Olympics, and was invited to perform in front of thousands at the Brandt Centre.

Sarty idolizes Tessa Virtue and Scott Moir and in this case, not only was she able to see them perform, she was asked to perform alongside them. 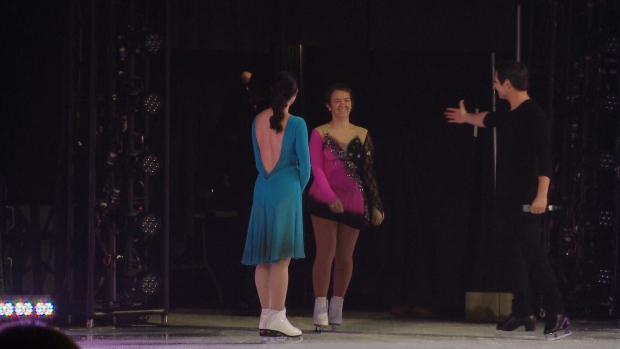 “It's my dream to see these Olympic skaters,” Sarty told CTV News. 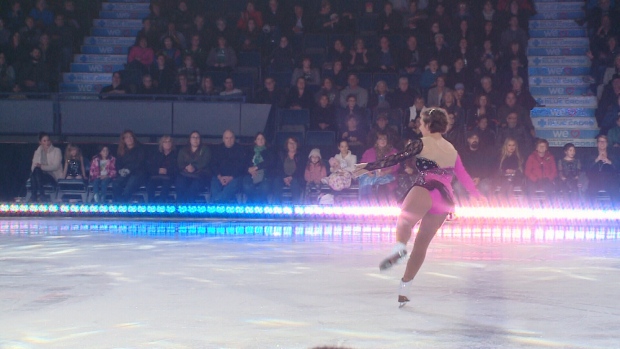 “I think she's going to be a little shy, star struck, I think everyone would be its like ‘oh you're Tessa, you're Scott!’” skating coach David Czerniak said.

Sarty was chosen by Special Olympics based on her passion for skating, and her ability to handle the pressure of the event but she said she knew it would be nerve wracking.

Being around other people makes Sarty nervous, but she said ahead of the performance she kept reminding herself, “I can do this, I’ll just take my time.”

Ahead of the performance, she received a special introduction.

“We had the opportunity to hang out with Victoria earlier, she's just fantastic, you're going to love her, our friend Victoria Sarty!!” Moir said as he presented her to the cheering crowd.

Sarty brought the Brandt Centre to its feet. 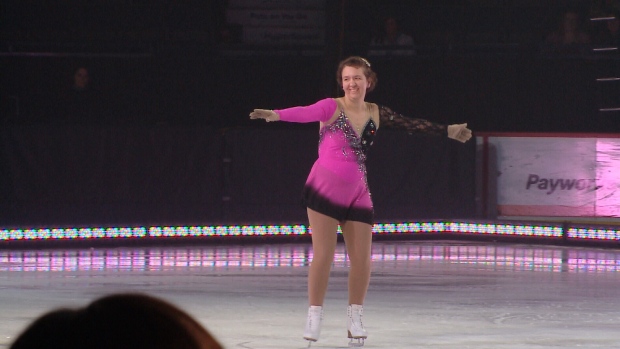 “It just shows that they might be a little different, but they still function like everybody else,” Czerniak said. “To me it’s a step forward for all Special O skaters.”