'An honour and a privilege:' Heather Anderson moving on from CTV News at Six after six years behind the desk

“Working at CTV has been an honour and a privilege. I’m so grateful to the viewers who welcome us into their homes each and every night at six. CTV has given me the opportunity to tell their stories – and the stories that matter to our province,” Anderson said.

Anderson joined our team in 2014, taking on the role of Co-Anchor of CTV News at Six.

Over the past six years, she has been at the forefront of Saskatchewan’s biggest stories, including travelling to northern Saskatchewan in 2015 providing coverage of the devastating wildfires, and leading the television coverage of the Humboldt Broncos bus crash in 2018.

Over the past six years, Heather Anderson has been at the forefront of Saskatchewan’s biggest stories. (Cole Davenport/CTV News)

“Heather has done an exemplary job representing CTV in our broadcasts and in the community. No matter where life takes her, she will always be part of the CTV Regina family. We wish her nothing but the best in this next phase of her career,” said J.C. Garden, the Director of News & Public Affairs at CTV News Regina.

While she recalls many fond moments in her time in Regina, Anderson said one of her favourite experiences was hitting the road for the CTV Hometown Tour.

“The hospitality and kindness the people of those communities showed us are moments that I still reflect on and deeply cherish,” she said. “Some ushered us into their homes for coffee and pie – while others proudly showed off their historic buildings and celebrated the community members who have long been pillars in their towns and villages.” 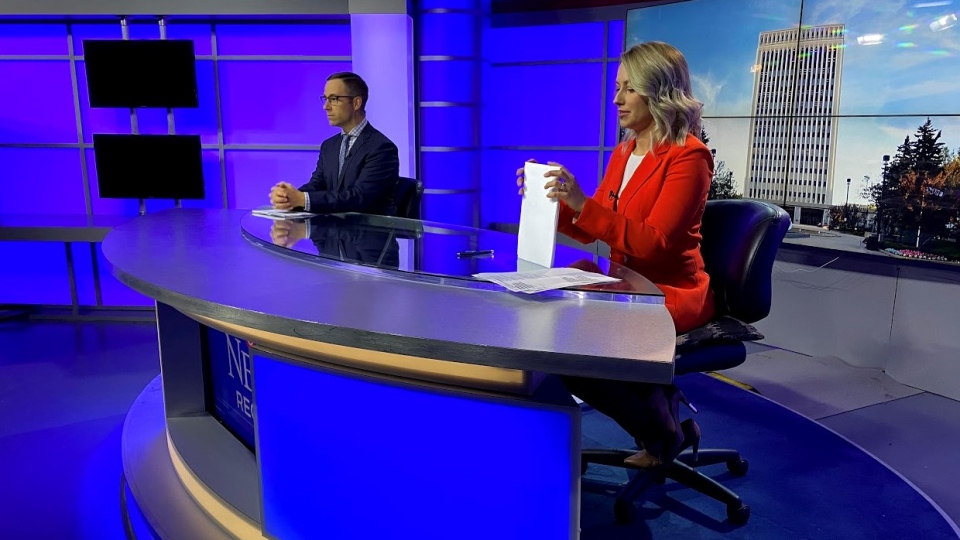 Heather Anderson joined our team in 2014, taking on the role of Co-Anchor of CTV News at Six. (Cole Davenport/CTV News)

Anderson said she is grateful for the chance to have worked alongside some of the best in the business.

“Nothing can be accomplished without a team. Behind the scenes, there are dozens of people at CTV who work hard every day to bring you accurate, up-to-date information,” she said.

“I feel very fortunate to have been a small part of this talented team and the people who help put the wheels in motion each and every day.”

Anderson will anchor her last show with CTV News Regina at 6 p.m. on Aug. 28.