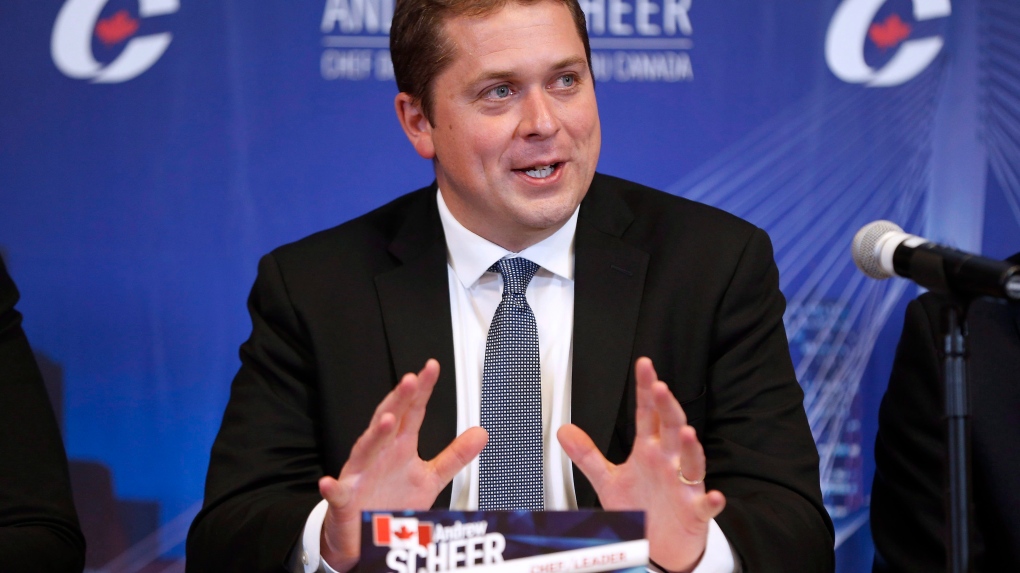 Conservative Andrew Scheer has the lowest approval among the federal party leaders, according to a new nationwide poll.

The Mainstreet-Postmedia survey found 55 per cent of those polled approve of the job Prime Minister Justin Trudeau is doing. However, Trudeau also had the highest disapproval at 40 per cent, with five per cent of respondents saying they are not sure about his performance.

NDP Leader Tom Mulcair and Bloc Quebecois Leader Martine Ouellet are both at 36 per cent approval, followed by Green Party Leader Elizabeth May at 35 per cent. Scheer, who sits at 34 per cent approval, has the largest percentage of respondents who are unsure about his performance at 39 per cent.

“A majority of Canadians continue to approve of the job the Prime Minister is doing… while the opposition leaders struggle to make headway with voters,” Mainstreet Research president Quito Maggi said in a news release Friday.

The poll found the Liberals have the most support among decided and leaning voters at 43 per cent, followed by the Conservatives at 32 per cent and the NDP at 15 per cent.

“If an election were held today we would expect another Liberal Majority government with the numbers in Quebec particularly strong for the Liberals,” said Maggi.

When asked about the taxation of various groups, 55 per cent of respondents said the middle class is paying too much, while 54 per cent believe large corporations and high-income earners are paying too little.